Beloved burger and Frosty chain Wendy’s (WEN) has won the honor of being the first fast-food stock to get roped into the red-hot meme stock trade. Shares of Wendy’s spiked 16% in early afternoon trading on Tuesday after a favorable mention by traders on Reddit. The Wendy’s ticker page was […]

Beloved burger and Frosty chain Wendy’s (WEN) has won the honor of being the first fast-food stock to get roped into the red-hot meme stock trade.

Shares of Wendy’s spiked 16% in early afternoon trading on Tuesday after a favorable mention by traders on Reddit. The Wendy’s ticker page was the second most trafficked on the Yahoo Finance platform, behind other meme crowd favorite Clover Health (whose stock popped 55% out of nowhere). Wendy’s stock outperformed the slight decline in meme stock darling AMC Entertainment and a 6% rise in the OG of meme trading, GameStop (which reports earnings on Wednesday).

There are at least two striking things with the out of left field move in Wendy’s shares Tuesday.

First, only 4.64% of the company’s outstanding shares are sold short, according to Yahoo Finance Plus data. That runs counter to the high short position stocks that have characterized this year’s meme stock trade. In other words, Wall Street is in no way betting against the future of Wendy’s, dissimilar to GameStop and AMC.

And that brings us to the second point. The reason why Wall Street doesn’t hate Wendy’s is that unlike other meme stocks, Wendy’s is a fundamentally sound business that is growing.

Wendy’s U.S. same-store sales in the first quarter surged 13.5%, powered by diners heading back out after getting their COVID-19 vaccine and trying the chain’s new breakfast menu. Digital ordering and a push into more premium chicken sandwiches also lit a fire under first quarter sales.

The Dave Thomas creation almost beat out McDonald’s U.S.’s 13.6% same-store sales increase in the quarter, the latter of which could be seen as a letdown considering it launched three new chicken sandwiches. Same-store sales for Burger King in the U.S. rose 6.6% in the quarter.

Additionally, Wendy’s CEO Todd Penegor is banking on the breakfast business to be a major tailwind to the business this year as the economy roars back to life.

“We’re really excited about where this business [breakfast] can go in the future and as part of our earnings, — we do believe it can be a 10% mix of our business by the end of 2022,” Penegor recently told Yahoo Finance Presents. “We’ve been talking about how it [breakfast] is a billion-plus incremental sales layer to our business — so we’re a $12 billion system today so at a 10% mix, it would be $1.2 billion.”

Meanwhile, Penegor tells us he is looking to have 8,000 Wendy’s locations open globally by 2025. That would be up sharply from 7,000 or so currently.

Brian Sozzi is an editor-at-large and anchor at Yahoo Finance. Follow Sozzi on Twitter @BrianSozzi and on LinkedIn.

Tue Jun 8 , 2021
Camp Friendship Food Pantry celebrated its one-year anniversary with what they usually do – helping those in need. The Pantry gave out at least 300 bags filled with fresh groceries to their neighbors and delivered about 100 bags to seniors on Saturday, June 5th. Last year, on June 2, residents […] 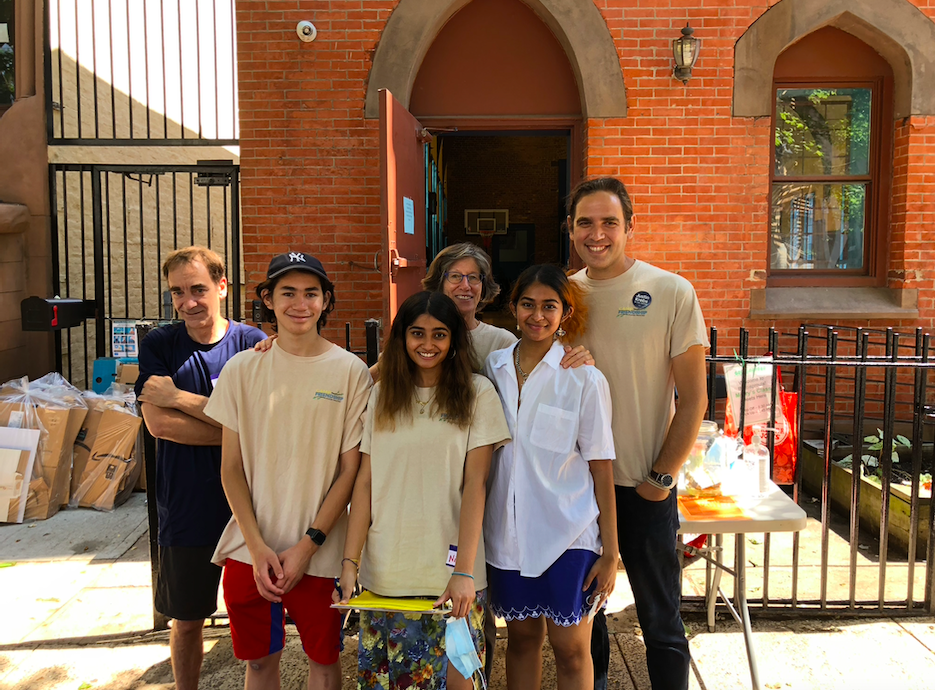