Private label supplier TreeHouse Foods is shaking up its commercial leadership. The company announced that Kevin G. Jackson, who has been serving as interim chief commercial officer since January, will continue in this role on a permanent basis. Jackson will also retain his leadership role as president, snacking and beverages, and […]

The company announced that Kevin G. Jackson, who has been serving as interim chief commercial officer since January, will continue in this role on a permanent basis. Jackson will also retain his leadership role as president, snacking and beverages, and continue to report to CEO and President Steve Oakland.

Sean Lewis has been promoted to SVP/chief customer officer, reporting to Jackson, and will join the executive leadership team. Lewis most recently served as VP/sales, national and regional west at TreeHouse.

The new leadership structure is designed to further solidify TreeHouse’s customer relationships and strengthen ongoing engagement with the company’s retail and foodservice partners, the company said.

“Over the last few years, we purposefully structured our commercial organization to become more customer centric and to make it simpler for customers to do business with us,” Oakland said. “These appointments represent an important evolution of this commitment, and I am confident that Kevin and Sean are well suited to build on our past progress and drive our commercial organization forward, as we execute on our strategy and create value for our stakeholders.”

Jackson joined TreeHouse in February 2020 from the J.M. Smucker Co., where he served in numerous roles of increasing responsibility across sales and marketing during his 17-year tenure including SVP/U.S. Retail Sales and North American Food Away From Home Division. Prior to that, he was a senior brand manager at Brach’s Confections and at Constellation Brands.

Lewis joined TreeHouse in August 2019 as VP/sales, national and regional west and is a seasoned commercial leader with extensive consumer packaged goods experience. He spent nearly 20 years with Kraft Heinz and Nabisco, where he held several regional, district, category and business lead roles with increasing responsibility, including the development, pursuit and leadership of customer relationships to achieve revenue, share and distribution growth and optimal shelving.

In November, TreeHouse Foods reported strong growth in its snacks and beverages categories for the third quarter, as well as in its pasta and red sauces offerings. Building on its pasta category, the company also announced it would be acquiring the majority of pasta brands from Riviana Foods, a subsidiary of Ebro.

The company said the snacks and beverages division posted year-over-year organic topline improvement of 5.2%, driven by items in powdered beverages, crackers and broth. TreeHouse also reported third-quarter GAAP earnings per diluted share from continuing operations of $0.20 compared to a loss of $(1.08) for the third quarter of 2019.

The company, which makes private label food and beverages across North America and Italy for retail grocery, food service and industrial customers, is valued at $2.8 billion.

TreeHouse Foods Inc. is a manufacturer and distributor of private label packaged foods and beverages in North America, with approximately 40 production facilities across North America and Italy.

Thu Apr 1 , 2021
Vermicelli with grilled pork an eggroll. (Courtesy Phoever Diner) Gina Nguyen and her long-time friend Thao Phan decided to open PhoEver Diner in Georgetown in January 2020 when she noticed Georgetown residents did not have an authentic Vietnamese restaurant available to them and instead had to travel to another city […] 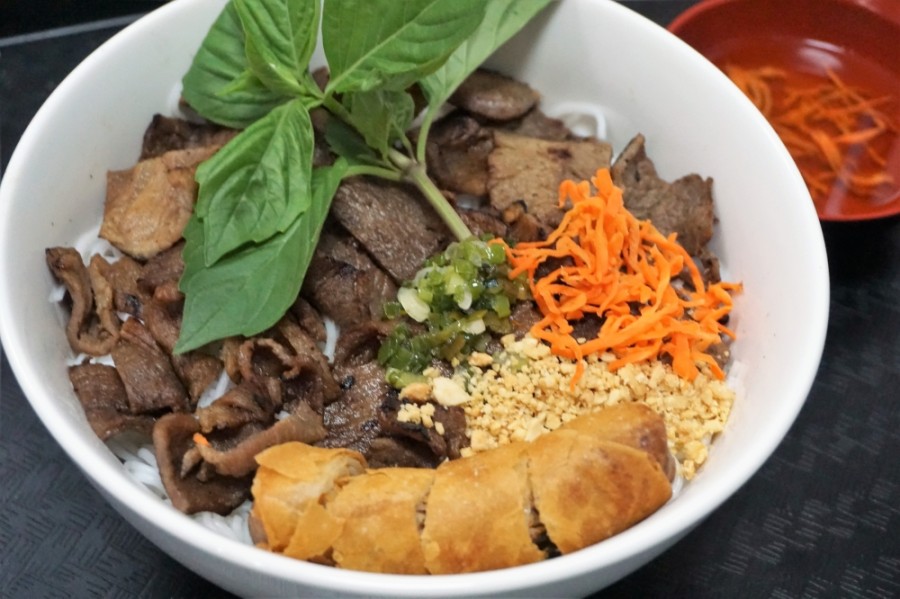