TROPHIES For Musikfest enthusiasts – and there are many of them in the Lehigh Valley – there was nothing worse than the post-festival discovery of a wad of food and beverage tickets in a pants pocket or purse. The purchased tickets, which have always been the festival’s legal tender, became […]

For Musikfest enthusiasts – and there are many of them in the Lehigh Valley – there was nothing worse than the post-festival discovery of a wad of food and beverage tickets in a pants pocket or purse. The purchased tickets, which have always been the festival’s legal tender, became virtually worthless when the fireworks closing the festival started going off. Sure, you could still exchange them at one or two venues for a limited amount of time, but most just ended up in the trashcan. It was especially frustrating because you likely waited in a long line to purchase the tickets in the first place. But ArtsQuest, Musikfest’s parent organization, has finally done away with the ticket system. Although it took nearly four decades that saw countless technological advances making the ticket system obsolete, the switch from tickets to a credit/debit card payment system is welcome news. It kicks in for this year’s festival, which runs from Aug. 6 to Aug. 15 with a special preview night on Aug. 5. The new system should help speed up lines. And we’ll all be much happier knowing that the only tickets we’re going to find in our pockets come Aug. 16 are stubs to the festival’s headliner shows.

If you ask any K9 officer how they view the police dog they’re handling, “partner” will always come before “pet.” Police dogs serve a vital role for local police departments and deserve our respect and appreciation. This week, we learned one of the Lehigh Valley’s police dogs died from a sudden illness. Bangor Police Department’s Edo spent nine years on the job. The German shepherd and Belgian Malinois mixed male from a specialized breeder in the Czech Republic proved vital in drug detection and tracking during investigations. He also aided considerably in the department’s community outreach program. It is a loss for the community, especially Edo’s handler, Officer Kevin Jones. Thanks for your service and rest in peace.

Former Easton city councilman and political consultant Mike Fleck’s request for early release from federal prison is the kind of legal maneuver that could easily succeed. It shouldn’t. Fleck, serving a five-year sentence for facilitating bribes from political donors in Allentown and Reading, is citing health reasons for his early-release request. He’s received the COVID vaccine, but claims he’s now obese, posing a risk. That sounds like hogwash, but this is one of those cases where a judge won’t have the benefit of hearing a compelling voice of opposition other than the government. There likely isn’t a single individual who’s going to go up to the witness stand and give a teary-eyed account of the personal harm Fleck caused to them. But make no mistake, he did do widespread harm by eroding the public’s trust in local government. Fleck’s client, former Allentown Mayor Ed Pawlowski, used a pay-to-play scheme orchestrated by Fleck to get donations to his campaign for U.S. Senate. Pawlowski is serving 15 years and also doesn’t deserve early release. This type of corruption is partly to blame for a large segment of voters now embracing fantasies about rigged elections and ulterior motives behind encouraging vaccinations. We need to make examples out of the people responsible for corruption.

Our journalism needs your support. Please subscribe today to lehighvalleylive.com.

Sun Jul 25 , 2021
Milag Mirg went viral filming his work at Subway as part of an ongoing behind-the-scenes trend. He said his intention isn’t to be an advertisement, but he believes he’s boosted sales for Subway. Some experts are concerned that this creates a gray area when it comes to advertising guidelines. When […] 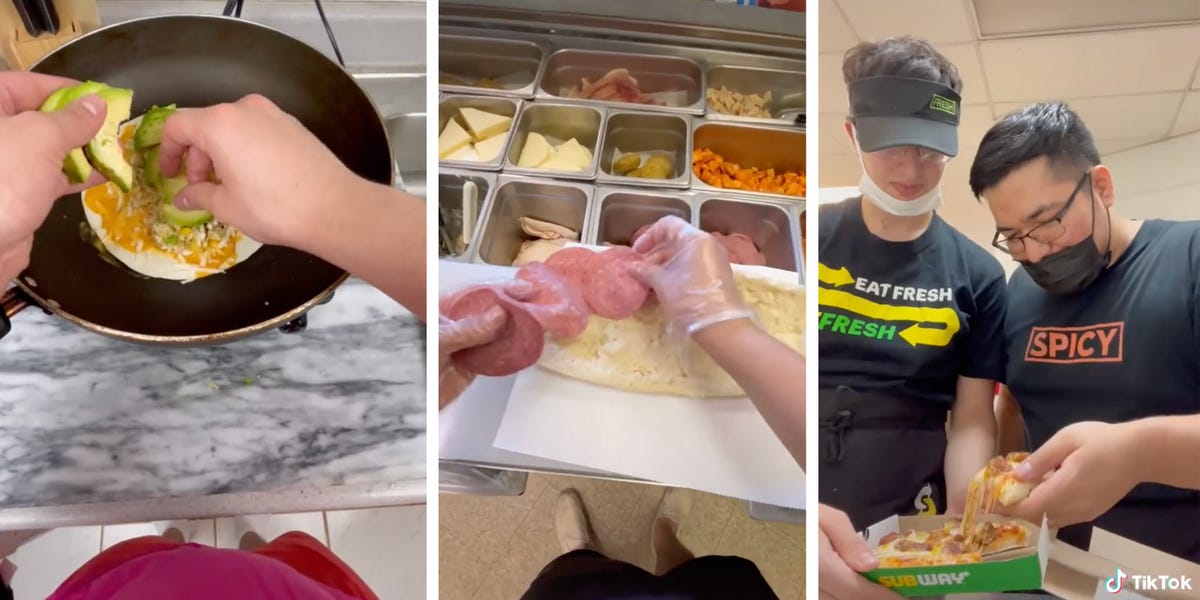