BOSTON, June 8, 2021 /PRNewswire/ — Samuel Adams Brewing the American Dream, a philanthropic program that provides mentorship and capital to food and beverage businesses nationwide, is proud to announce the launch of its Marketplace. The new platform will showcase a handful of entrepreneurs from Brewing the American Dream’s incredible network, connecting consumers across the country with local businesses.

Right on time for July 4th celebrations and a summer of entertaining ahead, the Brewing the American Dream Marketplace is a one-stop shop in finding and supporting small businesses. From coast to coast, these food and beverage entrepreneurs all ship nationally, ready to send goods directly to the shopper’s doorstep.

With many small businesses using this time to rebuild after a difficult year, the Marketplace will make support for these establishments accessible to all. Capabilities on the platform allow users to filter by product category across beverages, savory goods and sweet treats, as well as geography, so consumers can locate businesses in their region to support. From hot sauce to pies, salsa, coffee and more, the best craft food and beverage vendors across the nation are now just a click away.

“When you join the Brewing the American Dream family, we’re with you for the long haul. We are deeply passionate about the work we do and are constantly looking for ways to build upon the many resources we currently offer,” said Jennifer Glanville Director of Partnerships and Brewer at Samuel Adams. “We are so thrilled to further support our incredible network of small businesses through the Marketplace platform, making it easier than ever for consumers nationwide to shop small during this crucial time of rebuilding.”

The Brewing the American Dream Marketplace is currently live and open for business on the organization’s website, with new small businesses being added on a rolling basis. As the selection is ever-expanding, check back in the coming weeks to shop even more delectable offerings.

For more information on Brewing the American Dream, visit www.brewingtheamericandream.com. To connect with the brand on Marketplace updates, upcoming events and more, follow us on Instagram and Facebook.

About Samuel Adams Brewing the American Dream
Jim Koch first brewed Samuel Adams in his kitchen in 1984 and in his pursuit of a better beer, he ignited the craft beer movement, inspiring a whole new beer category that’s produced millions of jobs in communities from coast-to-coast. Jim launched the Brewing the American Dream philanthropic program in 2008 to give back to the community in which he started and help small business owners and fellow craft brewers pursue their passion and achieve their American Dream.

Since the Brewing the American Dream began in 2008, Samuel Adams has supported Accion in providing more than 3,200 loans totaling nearly $64 million across 39 states. Just as important, the program has provided business coaching and advising to more than 12,000 people. The businesses supported by this program have created or retained more than 9,000 jobs in their local communities.

About Samuel Adams and The Boston Beer Company
The Boston Beer Company began in 1984 with a generations-old family recipe that Founder and Brewer Jim Koch uncovered in his father’s attic. Inspired and unafraid to challenge conventional thinking about beer, Jim brought the recipe to life in his kitchen. Pleased with the results of his work, Jim decided to sample his beer with bars in Boston in the hopes that drinkers would appreciate the complex, full-flavored beer he brewed fresh in America. That beer was aptly named Samuel Adams Boston Lager, in recognition of one of our nation’s great founding fathers, a man of independent mind and spirit. Little did Jim know at the time, Samuel Adams Boston Lager would soon become a catalyst of the American craft beer revolution.

Today, The Boston Beer Company brews more than 60 styles of beer. It relentlessly pursues the development of new styles and the perfection of classic beers by searching the world for the finest ingredients. Using the traditional four vessel brewing process, the Company often takes extra steps like dry-hopping, barrel-aging and a secondary fermentation known as krausening. The Company has also pioneered another revolution, the “extreme beer” movement, where it seeks to challenge drinker’s perceptions of what beer can be. The Boston Beer Company has been committed to elevating the image of American craft beer by entering festivals and competitions around the globe, and is one of the world’s most awarded breweries at international beer competitions. As an independent company, brewing quality beer remains its primary focus. Although Samuel Adams beer is America’s leading craft beer, it accounts for only one percent of the U.S. beer market. The Boston Beer Company will continue its independently-minded quest to brew great beer and to advocate for the growth of craft beer across America

Tue Jun 8 , 2021
ORINDA — Orinda will become the latest city in Contra Costa County to ban food and drink containers made of polystyrenes such as Styrofoam. The aim? Protect the environment. Polystyrene is not biodegradable, and those carryout cups and containers can easily break into small pieces and often end up in […] 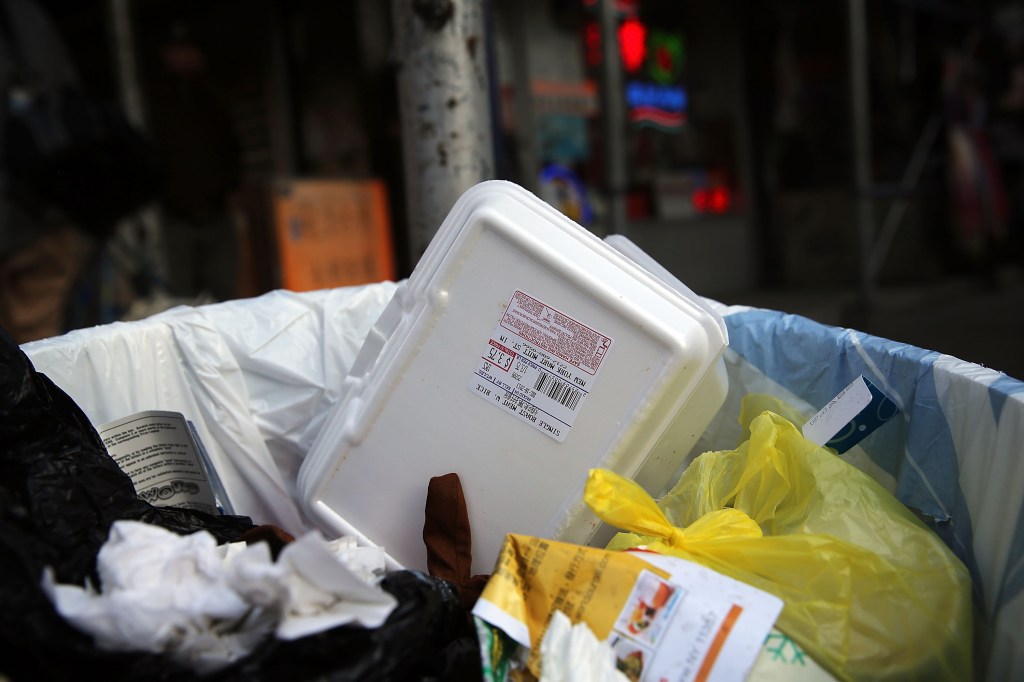