BENNINGTON — A former clerk at the Pownal Village Market has denied accusations he took at least $2,000 worth of goods while working at the convenience store last year. Ryan Russell, 27, pleaded not guilty Monday to embezzlement of property worth more than $100, a felony charge punishable by up to […]

BENNINGTON — A former clerk at the Pownal Village Market has denied accusations he took at least $2,000 worth of goods while working at the convenience store last year.

Ryan Russell, 27, pleaded not guilty Monday to embezzlement of property worth more than $100, a felony charge punishable by up to 10 years in prison and/or a $10,000 fine.

According to state police, the owner of Pownal Village Market reported last July that Russell had illegally taken $2,600 worth of store products, such as food and beverages, cigarettes, lottery tickets and cash. This allegedly took place sometime between early June and late July of 2020, while Russell was employed as a clerk at the store, located on Route 7.

The business owner, Jeffrey Egan, said some of the incidents were recorded on the store surveillance camera, according to state police’s statement of probable cause for the charge. A customer also reportedly saw Russell take a $20 bill from the cash register and place it underneath the shelving.

When interviewed by the investigator, according to the affidavit, Russell admitted consuming food and beverages while working at the store, and said he believed he had recorded everything he’d taken. But he apparently didn’t realize that he missed punching in a few buttons on the cash register, so the items were not deducted from his paychecks.

He also denied taking any money from the store, attributing to a learning disability the missing store inventory as well as shortages and deleted entries on the cash register.

During Russell’s court appearance Monday, a public defender told the court that his case appeared headed for a resolution but that attorneys will review it first.

State police first publicized the embezzlement accusations against Russell in September of last year. It wasn’t immediately clear what led to the 10-month gap before charges were filed, but the police affidavit shows the investigator conducting witness interviews until April of this year.

State police referred Banner questions to the prosecuting attorney, who couldn’t be reached as of press time Tuesday.

A fish stew recipe straight from the Irish food experts

Wed Jul 14 , 2021
This dish from the Irish food board Bord Bia is a combination of fresh Irish fish with the delicious French sauce rouille. Rouille is a sauce that consists of olive oil with breadcrumbs, garlic, saffron, and cayenne pepper. It’s usually served as a garnish with fish. For this recipe, any […] 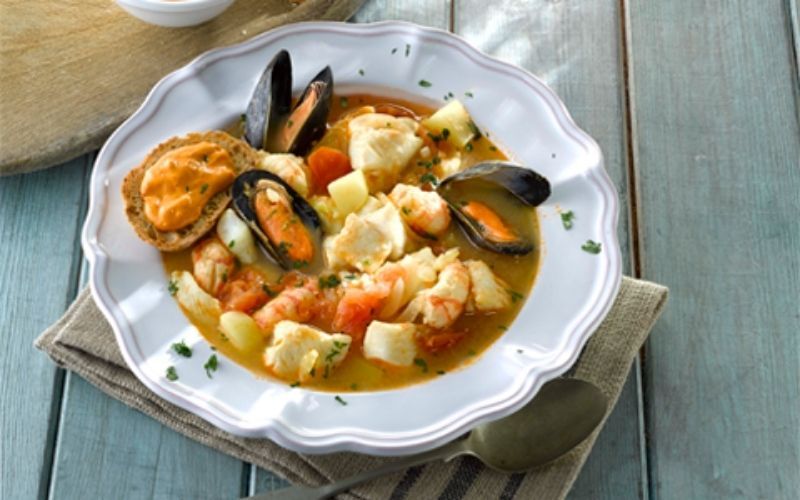