Authorities in Lithuania have opened an investigation after a search found expired food products. Police in the city of Kaunas started the operation after finding a man loading boxes with alcohol from one car to another in mid-May. A man in his 70s and another man aged 50 are being […]

Authorities in Lithuania have opened an investigation after a search found expired food products.

Police in the city of Kaunas started the operation after finding a man loading boxes with alcohol from one car to another in mid-May. A man in his 70s and another man aged 50 are being investigated.

An inspection of a nearby warehouse revealed more boxes containing alcoholic beverages, various other drinks, food, confectionery, clothing, footwear, and other items.

The Kaunas Department of the State Food and Veterinary Service (VMVT) is also looking into the findings. Their investigators found about a ton of 36 different foodstuffs from canned products to frozen items of animal origin, as well as coffee, tea and sweets.

An inspection of the warehouse revealed that about 300-kilograms of frozen products of non-animal origin had expired, certain items lacked proof of purchase and some were not labeled in Lithuanian. Officials reported products were found in unsanitary conditions with household appliances stored next to food.

Other investigation and possible outbreak
Another operation in Kaunas has led to 2 tons of products being confiscated from a warehouse due to traceability issues and concerns about the storage conditions.

An inspection found more than 2,000 kilograms of butter produced in Germany that was stored at too high a temperature while labeling did not comply with the legislation.

Various food products were seized, some did not have proof of purchase documents, or were not labeled in Lithuanian and other items had expired. This included fish, salami and crisps. Alcoholic beverages without the Lithuanian stamp were also found.

Elsewhere, in early May, VMVT officials were told about a potential foodborne outbreak at the Lithuanian Sports University Kedainiai Ausra Progymnasium.

Twelve children who ate in the canteen of the school fell ill and several of them were treated in the hospital. Inspectors were told a kitchen worker had been feeling unwell for several days.

An investigation into an outbreak of suspected foodborne infection was launched and involved an onsite inspection and samples being taken.

Healthy eating: Why muesli should be a part of your diet

Sun Jul 11 , 2021
Muesli is a ready-to-eat cereal and a popular breakfast option consisting of rolled oats, fresh and dried fruits, seeds and nuts. The first meal of the day is the most important one; it breaks your night-long fast and sets the tone for the rest of the day. So, however, your […] 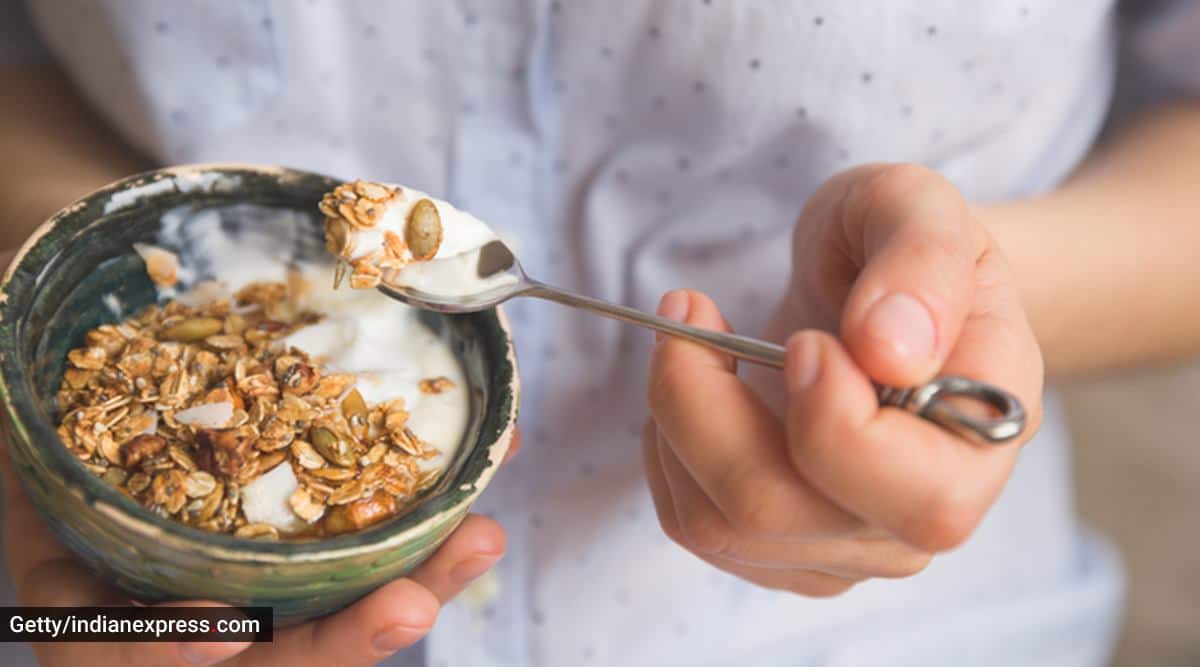