Good Morning. Here are some of the top stories from around the region. WEATHER There will be some sun and, maybe, a few showers as well. Expect the high to hit about 65 degrees. CLICK HERE to check your local forecast. NEWS Greener Partners teaches kids agriculture and nutrition An […]

Good Morning. Here are some of the top stories from around the region.

There will be some sun and, maybe, a few showers as well. Expect the high to hit about 65 degrees.

An urban farming program in the city expects to continue for at least five more years, teaching kids about healthy foods by actually growing them. Greener Partners has been working in Chester for over a decade, including a program at Chester Charter Scholars Academy, where the program had a garden last spring and fall. Greener Partners’ mission is to strengthen community health through equitable fresh food access, abundant gardens and farms, and discovery-based learning. It was founded in 2008 to connect communities in the Philadelphia area to healthy food, farms and hand-on educational programs. What started as a group of parents with a half-acre that reached 200 kids that first year has grown to include food access and food education programs for more than 100,000 in the Delaware Valley.

West Reading-based Tower Health, an entity less than five years old in a desperate financial situation, has major decisions ahead. The anchor of the nonprofit system, Reading Hospital, has been the moneymaker for the network while the five hospitals closer to Philadelphia that Reading acquired in 2017 to form the system have been struggling, records show. Tower’s debt is now measured in 10 figures, and the whole operation is up for sale — even Reading Hospital — with more than 10 interested parties, interim CEO and President Sue Perotty said last week.

Opening Day ceremonies were socially distanced, players and parents waved from cars instead of dugouts, and the parade of teams weaved through a parking lot instead of an outfield. But “Take Me Out to the Ballgame” was as welcoming a sound as ever, as Hatfield-Towamencin Baseball and Softball got off to a rousing start Saturday afternoon at North Penn High School. “It’s such a great thing to see all these fans, all these families coming together to do something great, like playing baseball and softball,” said Joe Picozzi of Hatfield-Towamencin Baseball and Softball, getting the festivities going.

Raising awareness for ‘Ana’ and others: NASD teacher spreads word about education certification for DACA recipients

The endorsements and encouraging words came pouring in following Selenia Tello’s opinion piece in The Times Herald. The subject of the piece, who Tello dubbed “Ana,” gratefully offered her seal of approval as well, Tello recalled. “I received a message from Ana, the girl the piece was about, thanking me for using my voice,” noted Tello , a graduate of Norristown Area High School who currently teaches global leadership at Stewart Middle School in Norristown. “Ana,” who came through the Norristown Area School District as a DACA (Deferred Action for Childhood Arrivals) recipient, is now a freshman at Kutztown University and is still devoted to the idea of one day teaching in Pennsylvania, despite the fact that Pennsylvania law currently won’t allow DACA graduates to become certified.

Union battle it out in Columbus, settle for draw with Crew

The season-opening matchup between the 2020 Supporters’ Shield winner and MLS Cup holder produced six cautions, 11 shots on target and plenty of intrigue and acrimony. What the de facto super cup didn’t generate was a goal, though it did yield a point for the Philadelphia Union in Columbus with a 0-0 draw. “We can play a lot better,” manager Jim Curtin said via Zoom.

The Flyers tried to win one Sunday for Oskar Lindblom, awed by the well wishes of fans, teammates and even the opposition, all appreciative of the example he set battling cancer. But in this crazy season the Flyers can count on only one thing – disappointment. And so it was, defenseman Travis Sanheim erasing a stellar game in rugged support of Lindblom with an own-goal 2:23 into overtime to hand the New York Islanders a 1-0 decision. Devastated, Sanheim still showed up at the videoconference to man-up one more time for Lindblom, who was all but overcome with emotion on Hockey Fights Cancer night at Wells Fargo Center.

The NFL offseason generally is an excuse for general managers and coaches to keep closer tabs on players who aren’t rehabbing injuries or already spending most of their waken hours hanging out at team headquarters. That said, Eagles players deserve credit for telling their owner and general manager what they can do with the voluntary camps slated to begin Monday. And for making the point respectfully through the proper channels, which in their case is the NFL Players Association, as well as in the name of player safety from the coronavirus.

Aaron Nola laughed when he said he was ready to fight if Phillies manager Joe Girardi didn’t let him start the ninth inning. No rumble needed. “I knew he had never had a nine-inning shutout and that was important to him and that’s why I let him go,” Girardi said. Nola struck out 10 and threw a two-hitter for his first nine-inning shutout in the majors, leading the Philadelphia Phillies to a 2-0 win over the St. Louis Cardinals on Sunday.

Television: ‘Sex in the City’ author Bushnell writes the story, then leaves it up to others for the show

Candace Bushnell first and foremost writes books. Her stories and characters have become the basis for several television shows, the most notable being HBO’s “Sex and the City,” one of the few comedies included when one lists seminal cable shows, but Bushnell says she has had, and wanted, relatively little to with programs featuring her book titles. “Television is so different from the writing I prefer to do,” Bushnell told the press gathered at New Hope’s Bucks County Playhouse, where she will appear in a one-woman show about her life and literary career in June.

Carrie Underwood brought the Academy of Country Music Awards to church. Maren Morris won two honors, including song of the year. Miranda Lambert performed three times and held on to her record as the most decorated winner in ACM history. And Mickey Guyton, the first Black woman to host the awards show, gave a powerful, top-notch vocal performance. Though female country stars didn’t compete for the night’s top prize – Luke Bryan was named entertainer of the year – they owned Sunday’s ACM Awards.

Mon Apr 19 , 2021
19 Apr 2021 — The appeal of frozen foods for convenient and time-saving meals remains the primary driver of sales for this category throughout the COVID-19 pandemic. In this segment, meals-for-one and luxury-branded ready meals are prominent among the most in-demand positionings.  In frosty dessert highlights, ketogenic […] 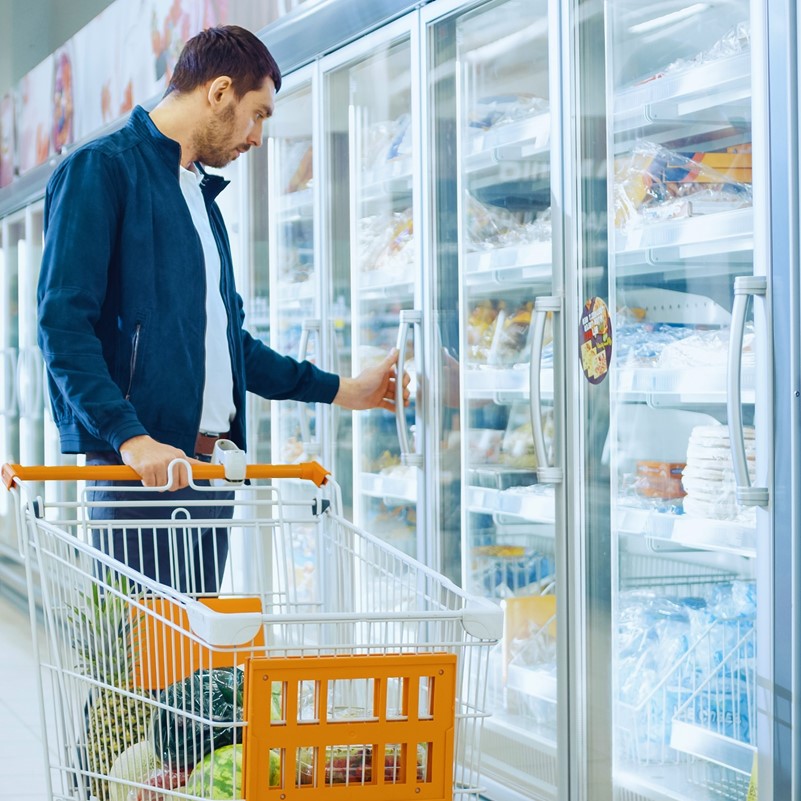