Writer/actor Kevin Smith is bringing Mooby’s, the fictional fast-food chain from his movies Clerks, Dogma, and Jay and Silent Bob, to life in downtown Detroit next month. The filmmaker’s traveling pop-up pick-up/dine-in experience will run from Tuesday, July 6 to Tuesday, July 20 at Tin Roof. The pop-up will feature […]

Writer/actor Kevin Smith is bringing Mooby’s, the fictional fast-food chain from his movies Clerks, Dogma, and Jay and Silent Bob, to life in downtown Detroit next month.

The filmmaker’s traveling pop-up pick-up/dine-in experience will run from Tuesday, July 6 to Tuesday, July 20 at Tin Roof. The pop-up will feature Instagram-worthy photo opps for fans of Smith movies while they wait for their food. There also will be a Jay and Silent Bob Secret Stash merchandise pop-up shop. Tickets for advance purchases are available at 10 a.m. on Monday, June 21.

Mooby’s pokes fun at fast-food chains such as McDonald’s and Burger King. The socially-distanced event will feature a menu of Mooby’s offerings like the “Cow Tipper” burger and “Hater Totz,” with vegan versions available too. There are add-ons such as cookies, chocolate-covered pretzels, and alcoholic beverages, along with a Mooby’s branded beer, a collaboration with the local Atwater Brewery.

Smith’s veganism, a response to a serious heart attack, is well known to fans: In 2018, he paid a Chicago fan $200 to bring him an order from vegetarian fast-food chain Veggie Grill to O’Hare International Airport.

Mooby’s began as a delivery-only pop-up due to the pandemic when it launched in Los Angeles in spring 2021, but was reconfigured for an in-person event for Smith’s hometown of Red Bank, New Jersey Sign up for pop-up updates on the Mooby’s website.

The popular peach truck, delivering cases of sweet and juicy Georgia peaches, will be pulling into southeast Michigan in July and August. Hurry and pre-order because the peaches sell out fast.

The Peach Truck launched in 2012 by a Nashville couple, traveling around the country selling half-bushels of sweet fruit. They’ll be in metro Detroit Friday, July 2 to Sunday, July 4 and Friday, July 30 to Wednesday, August 4

A 25-pound box, or a half-bushel of peaches, is $45. Order 10-ounce bags of pecans for $11. To pre-order, or see the list of 12 southeastern Michigan pickup locations, visit thepeachtruck.com.

Saucy Brew Works is giving away a free small pizza to all Detroit Tigers fans who go in and show their ticket for the game that day. Tigers fans can exchange their same-day ticket stub for a small, eight-inch pizza, a $14 value, with a limit of one per person, dine-in only.

Besides pizza, Saucy Brew Works serves baked chicken wings and sandwiches, and has 15 to 20 craft beers on tap. The Nashville Hot Chicken pizza is popular with customers. 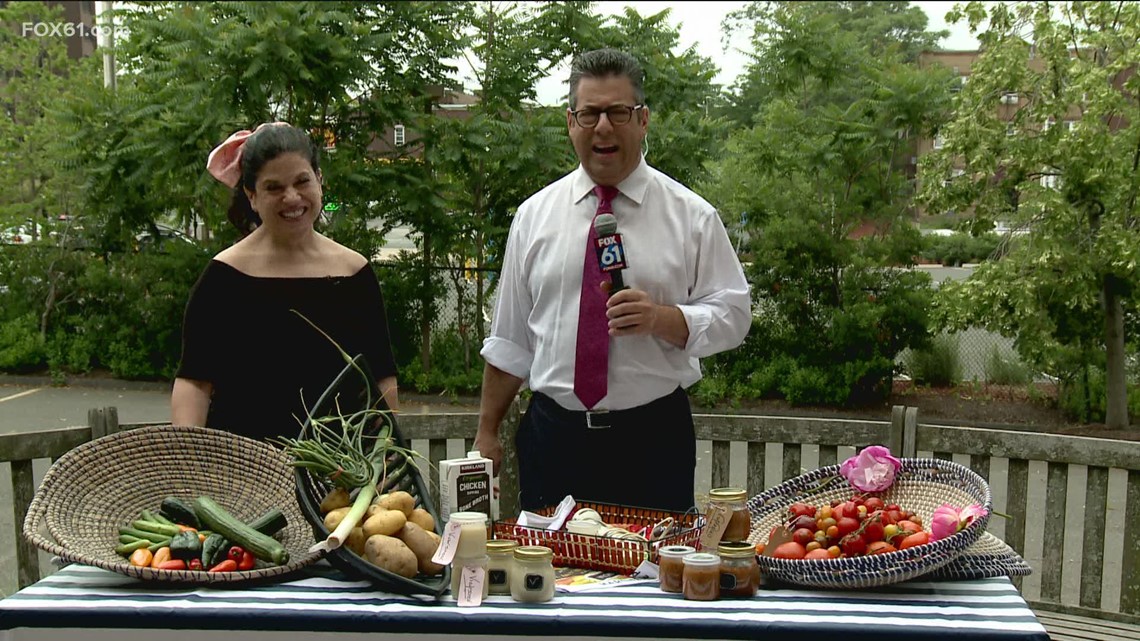