Children and their families now can get their food bags six days a week at the Berthoud and Loveland libraries from tables set up with KidsPak’s signature blue tablecloths. “It’s convenient for families who have tight schedules,” said Tom Carrigan, president of KidsPak, an all-volunteer weekend hunger relief program started […]

Children and their families now can get their food bags six days a week at the Berthoud and Loveland libraries from tables set up with KidsPak’s signature blue tablecloths.

“It’s convenient for families who have tight schedules,” said Tom Carrigan, president of KidsPak, an all-volunteer weekend hunger relief program started by the Loveland Rotary Foundation that, as of this month, operates as a separate nonprofit. “The idea of getting a bag and a book makes perfect sense.”

KidsPak began distributing the food bags at the Berthoud Community Library in early May, bringing in 20 at a time. The bags, available when the library is open, are in a separate room near the entrance and are intended for school-age children, though anyone in need is welcome to take them.

KidsPak added the bags at the Loveland Public Library in summer 2020 and has distributed 2,000 bags since then, averaging 65 a week. To get the word out about the bags, KidsPak notified the principals at Thompson School District (TSD) schools that they are available.

Another new distribution avenue for the bags is the drive-up grab-and-go sites launched in summer 2020 during the COVID-19 pandemic. The sites replaced those for TSD’s summer school program, since school was not in session, and included as many as 11, though the number varied based on programming. This year, the grab-and-go sites are at Berthoud Elementary School and Lucille Erwin and Winona elementary schools in Loveland. The bags also will be distributed through TSD’s summer school program, but the number of sites will not be pinpointed until the end of May.

KidsPak, in its 11th year, distributes the bags during the school year at 35 schools, including the Thompson Integrated Early Childhood programs and elementary, middle and high schools. During 2020, the nonprofit distributed 27,500 bags and 165,000 meals, compared with an average of 65,000 to 70,000 meals in previous years. This year through the end of April, the number of meals is even higher at nearly 66,000.

“I just think the profile of our families is such that they suffered a lot of fallouts from COVID, and they’re struggling, especially families with more than one child,” Tom said.

Due to the pandemic, KidsPak increased the meals per bag from five to six. Each bag weighs 6 to 7 pounds, includes 12 to 14 shelf-stable items, and costs an average of $5.50 to assemble, an increase from $3.60 the prior year; that is due to more items and higher food costs.

“We try and make it as close to 64 grams of protein in the bag, because that’s what it takes for a child’s brain to receive information on Monday,” said Corinne Carrigan, volunteer coordinator of KidsPak. “If you don’t feed the brain properly on the weekend, when they go back to school, they aren’t ready to learn. … If we want our children to succeed, we have to feed them.”

When the program first started, KidsPak distributed 34 bags a week during the school year and has since grown to 550 to 600 bags a week, Tom said. Volunteers pack the bags each Wednesday at Food Bank for Larimer County, but during the pandemic switched to two Wednesdays a month to limit potential exposure to the virus. The volunteers (there are 200 who are active) tripled the number of bags they packed to make up for fewer packing days, Tom said.

In January, KidsPak had to move the packing days to two Sundays a month to accommodate the food bank’s change in scheduling from Tuesday and Thursday to Tuesday through Saturday. Volunteer drivers had to deliver the bags Monday instead of Wednesday, calling the schools ahead of time and leaving them outside the buildings. The bags then went home with children on an anonymous basis on Thursday or Friday.

KidsPak likely will return to packing on Wednesdays with its move to a new location in late May. The nonprofit signed a one-year lease with the owners of the former Hewlett-Packard campus, now called the Forge campus and located in southwest Loveland.
There, KidsPak has access to 5,000 square feet, while at the food bank, it was 1,500 square feet. The food bank did not renew KidsPak’s lease, needing that space to accommodate an increase in demand during the pandemic.

“It’s long overdue. We need more space because we’re handling more food than we ever have before,” Tom said, adding that KidsPak also can store food at The Forge, instead of having to set up everything on packing days.

The food comes from purchases from the food bank, food drives and financial support of grants, foundations and donations.

KidsPak “lucked out” with its food drive in 2020, which was held in early March before the shutdowns brought on by the pandemic, Tom said.

How rural Virginia struggles with food insecurity, what’s being done to help

Fri May 21 , 2021
ROANOKE, Va. (WDBJ) – The pandemic forced us to do many new things, including sometimes, seeking alternate ways to get our groceries. But it also exposed inequities in our food system that came before COVID, inequities that remain, even as our lives inch closer to normal. WDBJ7 and InvestigateTV have […] 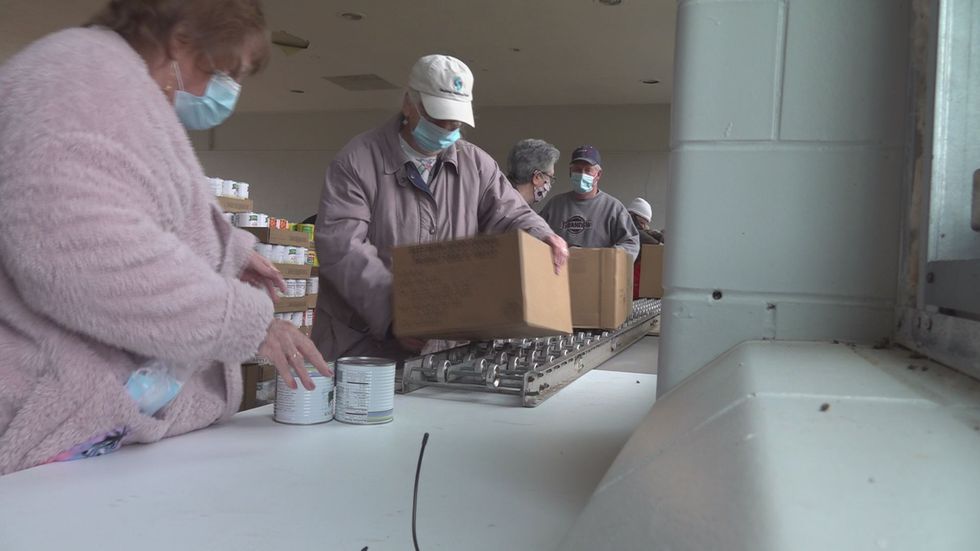