When the Electric Works deal dissolved last summer, Fort Wayne car dealer Tom Kelley commissioned a study to gauge what the economic loss would be if planned anchor tenant Do it Best decided to move its headquarters to another community more accommodating to its growth needs. That would have had […]

When the Electric Works deal dissolved last summer, Fort Wayne car dealer Tom Kelley commissioned a study to gauge what the economic loss would be if planned anchor tenant Do it Best decided to move its headquarters to another community more accommodating to its growth needs. That would have had a $96.7 million loss to the local economy, according to the Community Research Institute at Purdue University Fort Wayne study.

Electric Works, with added partnerships and governmental agencies pledging a total of $65 million for the public portion of the public-private partnership expected to cost $280 million, is currently under construction at the former General Electric plant on Broadway.

Kelley, supported by Sweetwater founder Chuck Surack, Kristin M. Marcuccilli, executive vice president and chief operating officer of STAR Financial Bank, and others, is at the forefront of an effort to find a new revenue source for Fort Wayne development.

However, an effort in the Indiana General Assembly to create a 1% tax on food and beverages to fund Fort Wayne development projects, has been met swiftly by opposition among at least two dozen city restaurants and chains hurting from the COVID-19 pandemic.

“We know we’re in a pandemic,” Fort Wayne Mayor Tom Henry said at a Jan. 29 news conference. What opponents may not understand, he said, is that the tax, equal to $14 a year, less than $1 a month, per city resident would generate nearly $6 million annually and would not be instituted until the hospitality industry is back on its feet.

However, Jimmie Schindler, owner of Bandidos restaurants, said that will be years.

When Schindler heard late the night of Jan. 26 that a hearing would be held the next day in the General Assembly, he got on the phone between 8 p.m. and midnight and got about two dozen other restaurants to sign on as opponents. The hearing was delayed and Schindler plans to be in a suit and testify when it is held Feb. 2.

However, restaurants have been at 50% capacity for inside dining and the National Restaurant Association has reported that nearly 20% of U.S. restaurants have closed permanently, a number that likely will grow, Schindler said.

The effect on restaurant workers has been uncertainly about their hours, worries over tips and an effect on their mental health, he said.

“People were crying because they had not Christmas gifts for their kids,” Schindler said.

As for delaying the tax, government already said it would sunset the food and beverage tax, adopted in 1986, and it’s still here, he said.

He wonders why no lobbying is going on in other industries, namely cars and musical instruments.

That’s because the food and beverage tax already exists. The Capital Improvement Board has used funds from it for Electric Works ($45 million), riverfront development, the Bradley hotel, and other projects. Over the past decade, Fort Wayne has seen investments of $1 billion; that puts the city on the same footing as Chicago, Detroit and Cincinnati when looking to attract businesses, Henry said. The $6 million would give the city $90 million in bonding power over a 25-year period.

The city has more large-scale projects that will need funding, with Henry pointing to the second and third stages of riverfront development as well as southeast development. The food and beverage tax increase would be a pass-through, something that wouldn’t cost the restaurants, Henry said.

It’s because of Fort Wayne’s recent development that Kelley said he finally got his Jaguar dealership. He’d been working with Jaguar since 1999 to grant him one. The Jaguar Fort Wayne dealership, opened Oct. 23, and was the backdrop for Henry’s news conference.

The Allen County Board of Commissioners issued a statement that it’s not promoting an increase to the Allen County Supplemental Food & Beverage Tax or supporting a provision that would allow Fort Wayne and/or municipalities within Allen County to opt in.

Currently, in addition to the 8% sales tax, diners pay another 1% for food and drink for the county tax, which is administered by the Allen County-Fort Wayne Capital Improvement Board.

The Regional Chamber of Northeast Indiana set as one of its legislative goals to get continued funding for the Regional Development Authority, which administered money from the Indiana Regional Cities Initiative for transformative community projects. The proposal seeks to allow any city or county that is part of RDA to be able to adopt a food and beverage tax if it chooses to, but which would require that half of the revenue generated to go to funding the RDA. The RDA is an 11-county organization with its directors elected by the 16 mayors and county commissioners.

Ahead of Henry’s news conference, the commissioners issued the following statement to clarify concerns on a Fort Wayne Food and Beverage Tax:

“This is not a priority of the Allen County Board of Commissioners and we’re not advocating for an additional Food and Beverage Tax in the Indiana General Assembly. We have received concerns from local restaurateurs and leaders of municipal fiscal bodies within Allen County and we’re fully committed to supporting our small business owners including those in the bar and restaurant industry to emerge from this pandemic stronger than ever before.”

Last month, the commissioners and the city of Fort Wayne partnered with Greater Fort Wayne to create a grant program of $1 million in federal CARES Act dollars to support local businesses in response to the pandemic. This grant was used by several restaurants within Allen County that were struggling to stay open during the COVID-19 pandemic.

Last week, the commissioners met with local restaurateurs and Dr. Matthew Sutter, Allen County’s health commissioner, to discuss the effects of COVID-19 on the local restaurant industry, according to the commissioners’ statement. “This meeting was productive and a collaborative effort to ensure long-term sustainability of the restaurant industry in Allen County/Fort Wayne, Indiana,” according to the statement.

In 1986, a Food and Beverage Tax was adopted by the Allen County Council after it received authority from the Indiana General Assembly. Traditionally, any Food and Beverage Tax that is approved by the Indiana General Assembly must have widespread community support and a specific need for the tax, according to the commissioners’ statement. “Presently, the Commissioners have not heard any evidence of widespread support for this measure.”

Fri Jan 29 , 2021
When it comes to desserts, whipped cream is like that one friend who everybody loves. It pairs perfectly with so many things, from ice cream sundaes to pies to biscuits to hot chocolate to fruit. It’s light, fluffy, oddly refreshing, and, as it turns out, incredibly easy to make! I […] 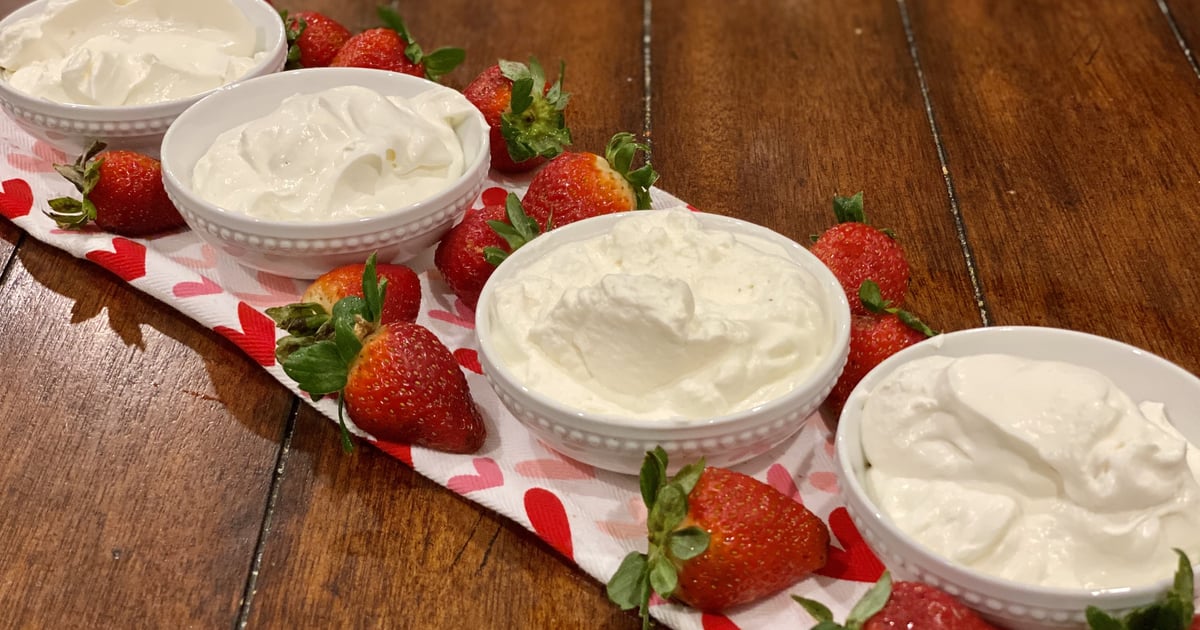