CASPER, Wyo —  The world of nutrition may be rife with controversy about the importance of organic ingredients and competing fad diets, but Casper dietician and business owner Karla Case says eating healthy can be simple and easy. “I keep it practical for people. I don’t expect them to buy […]

CASPER, Wyo —  The world of nutrition may be rife with controversy about the importance of organic ingredients and competing fad diets, but Casper dietician and business owner Karla Case says eating healthy can be simple and easy.

“I keep it practical for people. I don’t expect them to buy expensive or special ingredients,” she said.

After teaching nutrition and cooking at the University of Wyoming extension office for 14 years, Case opened the Kitchen Social in the Wolcott Galleria in July 2019, teaching group classes in bread baking, meal prep, and one-pot dinners.

“It doesn’t have to be that hard, especially if you plan it ahead of time. People are surprised how easy it is.”

Case started running the Kitchen Social full time in January 2020, just in time for the massive public closures due to COVID-19.

Case said she shifted her business model to prepping meals for delivery and pick-up, and it’s taken off. She and her daughter Sam (the entirety of the staff) prepped 50 meals in two days for clients over the Easter weekend.

Classes are resuming in April and include “Calzone Creations” and “Instant Pot Cooking.” Case said her and Sam probably couldn’t handle much more business on their own.

Though healthy cooking may be simple and cost far less than eating out every night, Case said its behavior change that “is very difficult.”

Processed foods are more convenient, and some people have negative associations with food from childhood that linger through adulthood.

This results in many eating what’s referred to as the Standard American Diet (“SAD”): highly processed foods with a lot of preservatives and calories but low in nutrients.

“You don’t get satisfaction from that,” Case said. “We’re overfed but undernourished.” It also causes spikes and crashes in blood sugar and energy levels, leading to cravings and Metabolic Syndrome, a precursor to Type II diabetes.

Case added that the number-one killer of Americans, heart disease was “directly related to the food we consume and the lack of physical activity.”

“Food is medicine,” she says, adding that many doctors fail to even inquire about patients’ diets prior to prescribing medication.

The Wyoming Department of Health said in March that an “alarming” 89% of Wyoming residents reported not eating the recommended amount of fruits and vegetables per day.

She said she wasn’t always a fan of veggies herself: “I grew up on canned vegetables. So I hated vegetables.”

For the skeptical, Case recommends roasting veggies: “The caramelization and the flavor makes quite a difference. There’s a natural sweetness.”

Case doesn’t recommended subscribing to any of the diets currently trending — from vegan to carnivore — because they can be too restrictive. Instead, she says to just focus on fresh ingredients and “real food” about 80% of the time.

The other 20% of the time, people can indulge in “play foods.”  Case advised those who are treating themselves to eat without distraction so that they actually enjoy it. Case herself enjoys cheesecake and chocolate.

Case also recommends opting for whole-grains over white flour: the latter strips out he antioxidants, fiber, minerals, and phytonutrients. Another problem ingredient is high-fructose corn syrup. Unlike regular sugar is that HFCS is processed by the liver, and has contributed to fatty liver disease in young people.

Case also said to watch out for preservatives like brominated vegetable oil, found in sodas like Mountain Dew.

Sam has stronger ideas on the necessity of buying organic; Case said she is still looking into it. The research she’s done suggests focusing on buying organic for foods that won’t be peeled like apples, grapes, and strawberries, due to potential exposure to pesticides.

“If you go back to eating something like this”— Case held up a packaged honey-cinnamon pastry guaranteed not to mold for years — “you can taste how wrong it is.”

Families Dealing with Food Insecurity Up in Citrus County 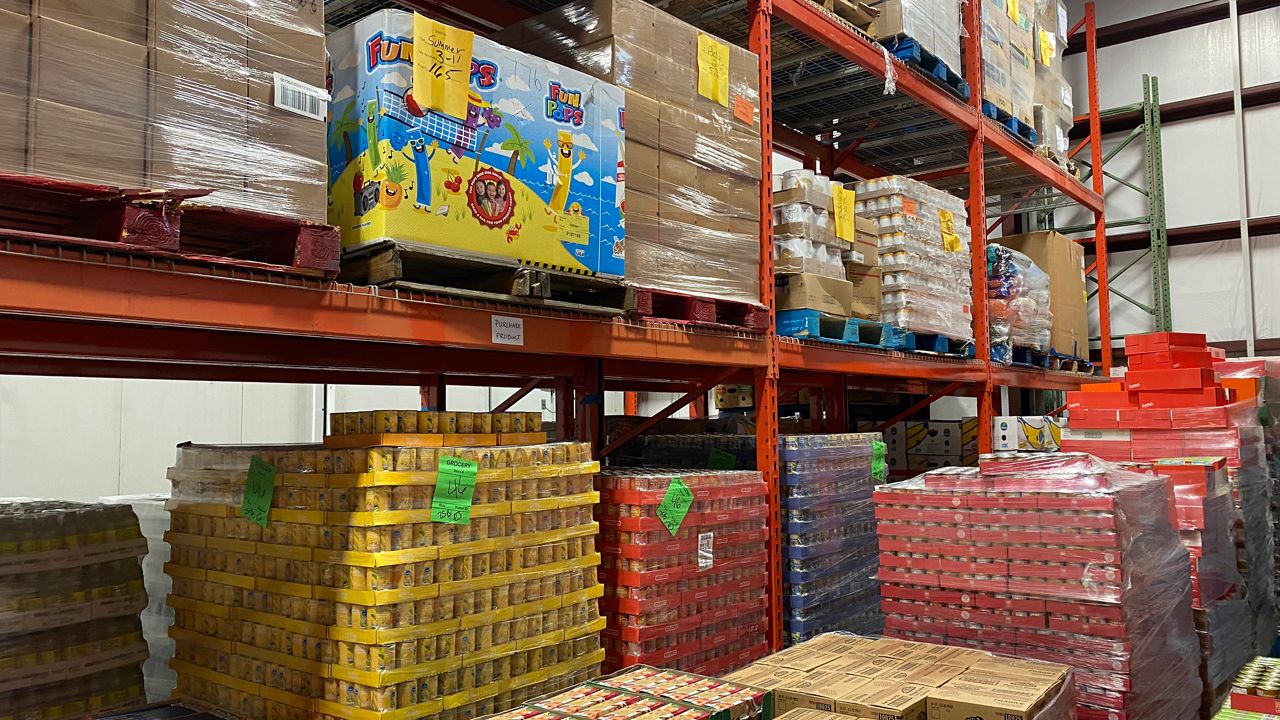