Geltor, a startup that bioengineers animal-free proteins, announced today the debut of its vegan collagen product called PrimaColl. According to a press release sent to The Spoon, PrimaColl, which the company claims is the world’s first vegan collagen for food and beverage markets, is a nature-identical replica of poultry collagen […]

Geltor, a startup that bioengineers animal-free proteins, announced today the debut of its vegan collagen product called PrimaColl. According to a press release sent to The Spoon, PrimaColl, which the company claims is the world’s first vegan collagen for food and beverage markets, is a nature-identical replica of poultry collagen derived using precision fermentation technology.

Collagen has lots of health benefits for humans and is especially important for us as we age. Because of this, animal-derived collagen, which is sourced from the bones and other byproducts of farmed animals such as chickens and cows, has become a crucial ingredient in food and beverage markets in recent decades.

But for vegans, traditionally derived collagen is obviously problematic. With no true substitutes on the market up to this point, many consumers abstaining from animal products are forced to use collagen “booster” products which claim to help increase human collagen production, but are not collagen substitutes.

Which is why Geltor sees such a potentially big opportunity (and also why the company has raised eye-popping amounts of capital). With traditional collagen being a $7.5 billion market opportunity, delivering the first-to-market natural replica of animal collagen could be a massive opportunity across a number of different products.

“As a next-generation bioactive, PrimaColl was designed for use in ‘beauty-from-within’ formulations,” Geltor CEO Alex Lorestani told The Spoon via email. “And these could take form in anything from ready-to-drink beverages or powder mixes, to collagen-infused snack foods, gummies, and more.”

One of the biggest opportunities will be nutritional supplements. According to the company, while there have been a number of supplements that claim to boost human production of collagen, there are not any widely available replicas of animal-free collagen that include the less common amino acid core of Type 21 collagen.

“Like most collagens, natural production of Type 21 decreases into adulthood,” said Geltor co-founder and CTO Nick Ouzounov in the release. “The functional collagen core of Type 21 was selected in the biodesign of PrimaColl due to its important role in interacting with other collagen types, and signaling activity for additional collagen production.”

According to the release, the company has started production of PrimaColl through a manufacturing partnership with Swiss contract manufacturer Lonza Specialty Ingredients (LSI), and is building inventory this summer with plans for wide commercial availability this fall. The company, which had interest from dozens of companies who got an early preview of the product, already has some partners who are making products with PrimaColl, Lorestani told The Spoon.

The release of PrimaColl is a big milestone for Geltor, a company that was founded in 2015 and was an early member of Indiebio. Like fellow Indiebio graduates Clara and Perfect Day, Geltor is one of a group of companies that have been building animal-identical proteins using microbial fermentation technology.

Tue Jun 8 , 2021
Chinchakriya Un holds handfuls of herbs over an inflatable kiddie pool, the water from a garden hose washing dirt and sand off the lemon balm, fish mint, cilantro, sawtooth coriander, and water celery she’s picked from her mother’s vast garden in Spartanburg, South Carolina. All of these herbs will make […] 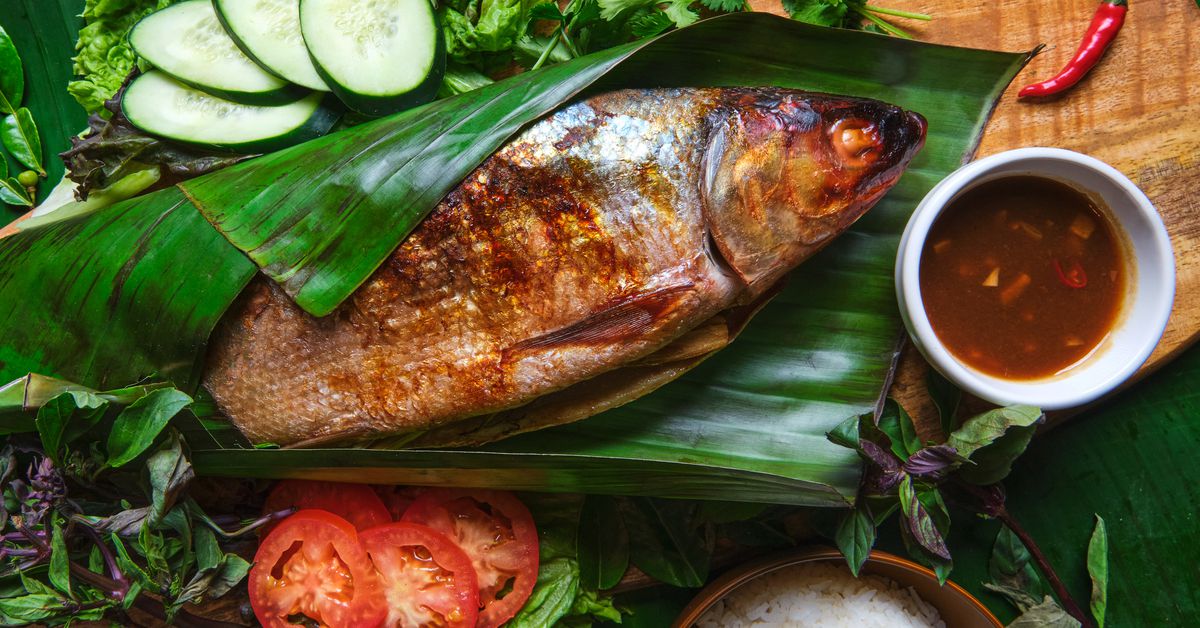