MOUNT VERNON — On a recent Thursday, a small group of fifth-grade students at Jefferson Elementary School worked inside the school’s greenhouse to transplant cucumber and raspberry plants. At the same time, another small group made and sampled a corn and bean salsa, while learning about the nutritional components of […]

MOUNT VERNON — On a recent Thursday, a small group of fifth-grade students at Jefferson Elementary School worked inside the school’s greenhouse to transplant cucumber and raspberry plants.

At the same time, another small group made and sampled a corn and bean salsa, while learning about the nutritional components of the dish.

Eighteen Jefferson Elementary fifth-grade students are participating in the school’s afterschool Garden Club, which includes both gardening and nutrition education.

Though the club was started seven years ago, it recently got a boost thanks to a grant from the state Office of the Superintendent of Public Instruction (OSPI). The grant, along with community donations, paid for a greenhouse and new garden beds at the school.

First-grade teacher and club founder Alyssa Klier said the club gives kids a stronger connection to where their food comes from and ownership in growing and harvesting food.

She said the hope is that gardening will motivate kids to make healthier eating choices.

“There’s a lot more incentive for them to try (food) when they had a hand in growing it,” Klier said.

Students in the club agreed it was more fun to eat fruits and vegetables they grew themselves.

“When I harvest them, I make stuff with them and eat a lot more vegetables,” said student Katherine Stoner.

Student Aubrey Papendorf said she isn’t a big fan of vegetables, but likes eating veggies from the garden.

She said she likes taking care of plants, and has learned what different plants need to grow.

“It’s really important to have the same climate, and some (plants) like more water or sun,” she said.

Fifth-grade teacher Roberta Carlson said the club has a science component, and teaches kids about plants’ life cycles and photosynthesis.

Price said the extension has offered nutrition education at the school for more than 10 years.

In the Garden Club, she talks with students about different food groups and shows them how to put together a new snack each week.

Price said the idea is that kids learn to like new foods when they make a snack themselves and see what goes into it.

“It allows kids to have experiences they wouldn’t have had and to have control and experience (foods) and be able to do it on their own terms,” she said.

Student Emaya Lopez said she didn’t like beans until after she made and sampled the corn and bean salsa dish during a recent club meeting.

Price said the OSPI grant has helped reinvigorate the club.

“This just created an amazing opportunity for the kids of Jefferson to be exposed to all this gardening experience,” she said. “It’s been phenomenal what these kids have been able to do.”

Klier said after more than a year of mostly online learning, kids are grateful for the chance to play in the dirt.

“They really love it and need it,” she said.

Tue May 25 , 2021
May 24, 2021, 2:20 PM HST * Updated May 24, 4:54 PM The Hawai‘i Department of Health temporarily shut down Pizza in Paradise in Kahului, Maui, calling the conditions an “imminent health hazard.” The food service outlet, operated by Pacific Restaurant Management, LLC, received a red placard on Thursday, May […] 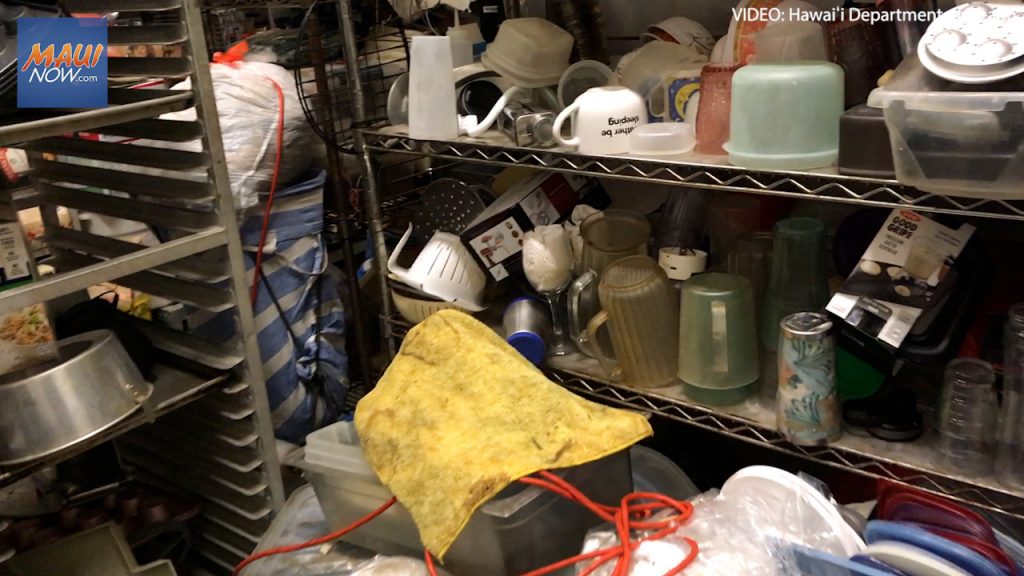