Move over, beer and wine tasting flights. There’s a new bunch in town bringing new meaning to what’s traditionally been considered a “flight” in the food world, those sample-size portions of a variety of beverages or bites.

Earlier this year, we noticed some of the area’s food-focused social media groups buzzing about a new trend catching on in coffee shops: flights of miniature lattes, espresso and other specialty drinks. Soon after we started finding creative food and drink flights everywhere.

Mimosas make for an obvious flight-friendly option, too, and there’s plenty such on brunch menus around the Inland Northwest, offering customers any combination of flavors for the bubbly, champagne-based cocktail.

The list goes on: sliders, margaritas, wings, tacos, hard seltzer and surely even more options just waiting to be introduced or discovered by us and fellow foodies. The best part about this hopefully-not-fleeting flight trend? It’s the solution to all indecisive restaurant customers’ problems, as well as those who want to sample as much from the menu as possible. We’ve rounded up some of the most creative food and drink flights introduced of late.

New owners Amanda and Jeff LaShaw took over this small coffee roastery in Kendall Yards at the start of the year, and while much of Tom Sawyer’s offerings haven’t changed, the couple did make one exceedingly popular addition: coffee flights.

On a recent Wednesday afternoon, Tom Sawyer’s cafe seating is full, and nearly every table is sampling its spring seasonal coffee flight. Served on a wooden board, each flight of four 10-ounce servings can be customized to include any beverage on its menu. The featured spring flight, however, offers a wide sampling of the cafe’s current offerings, and was crafted to be on the lighter side with two lattes and two non-coffee drinks.

“People love the idea of being able to try different drinks,” says Amanda LaShaw. “We also have a lot of people who prefer to share their flights. It’s a lot of fun. They’re all very unique flavors, and it’s a fun alternative to when you go to a coffee shop and only pick one drink, or you order something and maybe it’s not what you expected or wanted.”

Lots of dishes (sliders, wings and pastries, to name a few) are primed to be made in miniature, yet food-based flights, at least so far, are less common than their liquid counterparts.

Among the bite-sized snacks we did discover, however, is a flight of mini pizzas at the newly opened Slightly Charred Wood Fired Pizza in downtown Spokane. Located in the former location of Fire Artisan Pizza (which last year was also home of the short-lived Gozo Brick Oven Bistro), Slightly Charred launched in February, specializing in thin-crust, wood-fired pizzas.

Owner Sonja Halverson says she introduced the pizza flight — three, four-inch pizzas in any combination from the menu, or with totally customized toppings — about a month after opening. Since then, the flights quickly became a bestseller. During happy hour (Tuesday through Friday from 3-5 pm) the flight is $12.

“It blew up, and people went crazy,” Halverson says. “People ask for them all the time.”

All of Slightly Charred’s pizzas have music-inspired names. Among customers’ favorites are “I Think I Love You” with prosciutto, pears and a balsamic reduction, and the “Mosh Pit,” a version of classic supreme pizza.

Taco Tuesday got a major upgrade when De Leon’s Taco & Bar introduced margarita and taco flights to its menu, which are also available any day of the week and at all three locations, says co-owner Sergio De Leon.

“We have some of the best margaritas in Spokane, and a lot of people want to try all the different flavors,” he says.

Margarita flights ($20) of four can include any combination of De Leon’s nine featured flavors: the traditional house blend, huckleberry, mango, peach, prickly pear, raspberry, strawberry and watermelon. Each flight-sized serving is about 8 ounces.

To make it a full meal, De Leon’s also offers two of its bestselling tacos — the housemade chorizo with panela cheese and its favorite “Holy Taco” with skirt steak — for the full taco and marg flight ($29), which comes with two of each of those tacos.

As of last week, that ever-changing lineup included cucumber mojito, orange, orange lime, green apple, coconut and peach. With so many flavors to choose from, Four Eyed Guys offers flights of both its seltzer and beer, giving customers the freedom to choose how many sample-size pours in total they’d like to try.

“Our seltzers have a very clean taste,” Rausch says. “We don’t have preservatives in them like Truly and White Claw, so it’s a really clean flavor.”

Most popular so far has been Four Eyed Guys’ coconut seltzer, but Rausch says the list of new flavors he hopes to introduce later this year include Tahitian vanilla, guava, apricot, persimmon and pear. ♦

Thu May 27 , 2021
Unilever has joined challenger brands and restaurant chains in signing a manifesto to “make healthier food better business”. The manifesto, led by young person’s healthy food promotions app Smash, sets out the signatories’ aim to use pricing and promotions to increase take-up of “balanced options” and to lobby government to […] 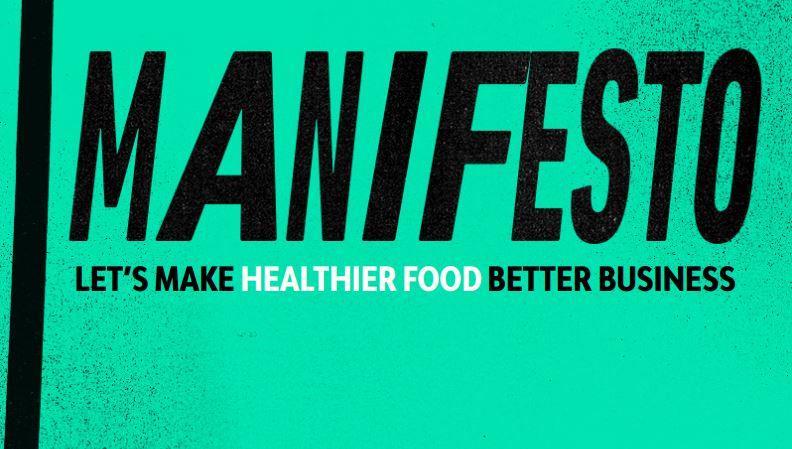