Still, other players see long-term potential for CBD – once it crosses the chasm – but argue it may be best suited for supplements, as gummies and tinctures, rather than food, with a carve out for some beverages. According to data presented late last month at virtual Natural Products Expo […]

Still, other players see long-term potential for CBD – once it crosses the chasm – but argue it may be best suited for supplements, as gummies and tinctures, rather than food, with a carve out for some beverages.

According to data presented late last month at virtual Natural Products Expo West, sales of CBD supplements fell 6% in 2020, which represents a major turn of events from the double-digit sales expansion they experienced in 2019. The drop-off is even more notable given the 14% jump in sales of supplements overall, driven in part by consumers seeking products during the pandemic to boost their immunity, manage stress, and promote relaxation among other benefits.

In food, SPINS data revealed a similar trend in the 52 weeks ending April 18, 2021, with an 11% drop in sales of shelf stable functional beverages with CBD, which SPINS marketing data analyst Scott Dicker noted at virtual Expo West was repeated across categories as the ingredient “recalibrates to find its new baseline”​ after a period of intense hype.

This recalibration does not seem to be impacting other ingredients touted for similar benefits, which SPINS data shows generating double and even triple digit sales gains in 2020. For example, SPINS reports sales of ashwaganda increased 117% to $65m and sales of cordyceps mushrooms increased 47% to $6m in 2020.

At the same time CBD sales dropped, so did CBD prices, according to a comprehensive study of major CBD brands by Leafreport​. The report found 70% of brands lowered their prices in 2020 and that CBD prices fell 17% to 13 cents per mg in 2020 from 15 cents the before.

Some CBD players are pivoting​

Against this backdrop, some players offering CBD-infused beverages shifted their strategies – either dropping products featuring the ingredient or rounding out their line up with offerings free from CBD.

For example, kombucha market leader GT’s Living Foods recently withdrew from the market its CBD-infused Dream Catcher​ functional beverage for a variety of reasons, including regulatory uncertainty about the ingredient in foods and beverages and consumer confusion about the ingredient’s benefits.

VYBES, which sells a line of CBD-infused beverages and supplements, earlier this month launched its first line of drinks without the ingredient. The company’s sparkling Adaptogenic Elixer line relies on other ingredients, like ashwaganda, rhodiola and l-theanine to promote relaxation.

What is behind the sudden, significant sales drop off?​

The dramatic drop-off in sales of CBD-infused products can’t easily be traced back to one event or factor, but rather a combination of regulatory uncertainty, lack of quality control, too much initial hype and unrealistic consumer expectations, according to Nancy Whiteman, CEO of Wana Wellness, which sells CBD gummies and tinctures as supplements, and Wana Brands, which sells THC-infused products through a separate business.

She explained that while several states allow the sale CBD-infused foods, beverages and edible supplements, the FDA continues to stand by its initial decision​ that CBD is not a legal dietary ingredient as it was first investigated as a drug.

Because of this many major retailers do not allow CBD foods, beverages and supplements on their store shelves – limiting the reach of the ingredient to some natural grocers, stand alone stores or online in states where the ingredient is allowed – and limiting SPINS ability to track the full sales scope of the ingredient as its data is restricted to brick and mortar, Whiteman said.

A lack of federal regulations also meant a lack of standards around product quality and claims – both of which Whiteman says may have contributed to poor consumer experiences early in the introductory period of CBD products.

“Companies were touting benefits that I think created unrealistic expectations about what CBD could do. Now, I think CBD is an amazing cannabinoid and I think it has wonderful benefits, but it’s not a miracle drug,”​ and some consumers “were disappointed by the results based on some of these claims,”​ said Whiteman.

Other companies rushed to market without first developing methodologies for consistently extracting high quality CBD oil or determining effective dosages, resulting in frustration and disappointment by some early adopters who didn’t find the miraculous results they though they would see, she added.

Whiteman also theorized that sales of CBD in some food and beverage segments may have waned in 2020 because there has been a natural sorting out of form to determine the best delivery platform for the ingredient.

She explained in the initial excitement surrounding CBD it was added to all types of foods and beverages, some of which did not allow for consistent, effective dosing.

“Shortly after CBD was legalized, the hamburger chain Carl’s Jr. came out with a CBD burger, which is a silly way to ingest what is essentially an plant-based medicine. It is inefficient and expensive, and it is not something that someone will say I’m going to get my daily burger with CBD,”​ Whiteman said. “So, I think there’s a sorting out of product form that needs to happen for CBD.”​

As suggested by Wana Wellness’ use of gummies and tinctures to deliver CBD, Whiteman said she thinks these formats are the best options because it is easy to control dosage and consumers are not tempted to over-indulge.

“Gummies are an ideal form because many people are used to taking their vitamins in gummy form and they are content to eat just one, or whatever the appropriate dose, and then stop. We don’t sit there and eat a bottle of vitamins and we shouldn’t eat a bottle of CBD gummies either,”​ she said.

While Whiteman doesn’t sell CBD-infused beverages, she allowed that functional drinks also are a good format for the ingredient because they tend to be “sessionable” and have “particular rituals around them” that allow for more careful dosage control and consistent delivery.

Expanded access to THC is encroaching on pure CBD sales​

Finally, sales of products infused with pure CBD may have dropped off because more states have legalized THC since the 2018 Farm Bill opened the door for CBD – giving many consumers more options for their intended need.

“The reality is CBD products work better when there’s a little bit of THC – not enough to make you feel the psycho-activity, but it seems to activate the CBD. So, now people may be able to purchase more effective products through legal channels, such as dispensaries or home delivery,”​ and no longer have a need for CBD foods and beverages, she said.

That said, she added, she thinks there will always be some demand for pure CBD as many consumers do not want THC at any level.

Despite the many challenges that CBD currently is navigating, Whiteman believes the ingredient still has significant market and sales potential once it is clearly regulated and consumers better understand what it can and cannot do and how best to use it.

“We should not interpret this pullback as CBD not being a viable product category or an effective category. I don’t interpret it as any of those things. Rather, I think, it is a classic sort of ‘crossing the chasm’ moment,”​ Whiteman said, referring to Geoffrey Moore’s theory that innovations that see success with early adopters still must bridge a ‘chasm’ before the early majority or mainstream consumer is willing to try or consistently use it.

“Education and research will be the catalyst that takes CBD from early adoption to mainstream consumption,”​ and that is where industry players dedicated to the ingredient should focus their attention in the near future, she added.

Thu Jun 10 , 2021
(Updated at 3:50 p.m.) Arlington County will start collecting residents’ food scraps on Labor Day. Residents receiving county curbside collection services — mostly those in single-family homes and townhouses — will be able to toss unused food into their green yard waste bins and bring them to the curb on […] 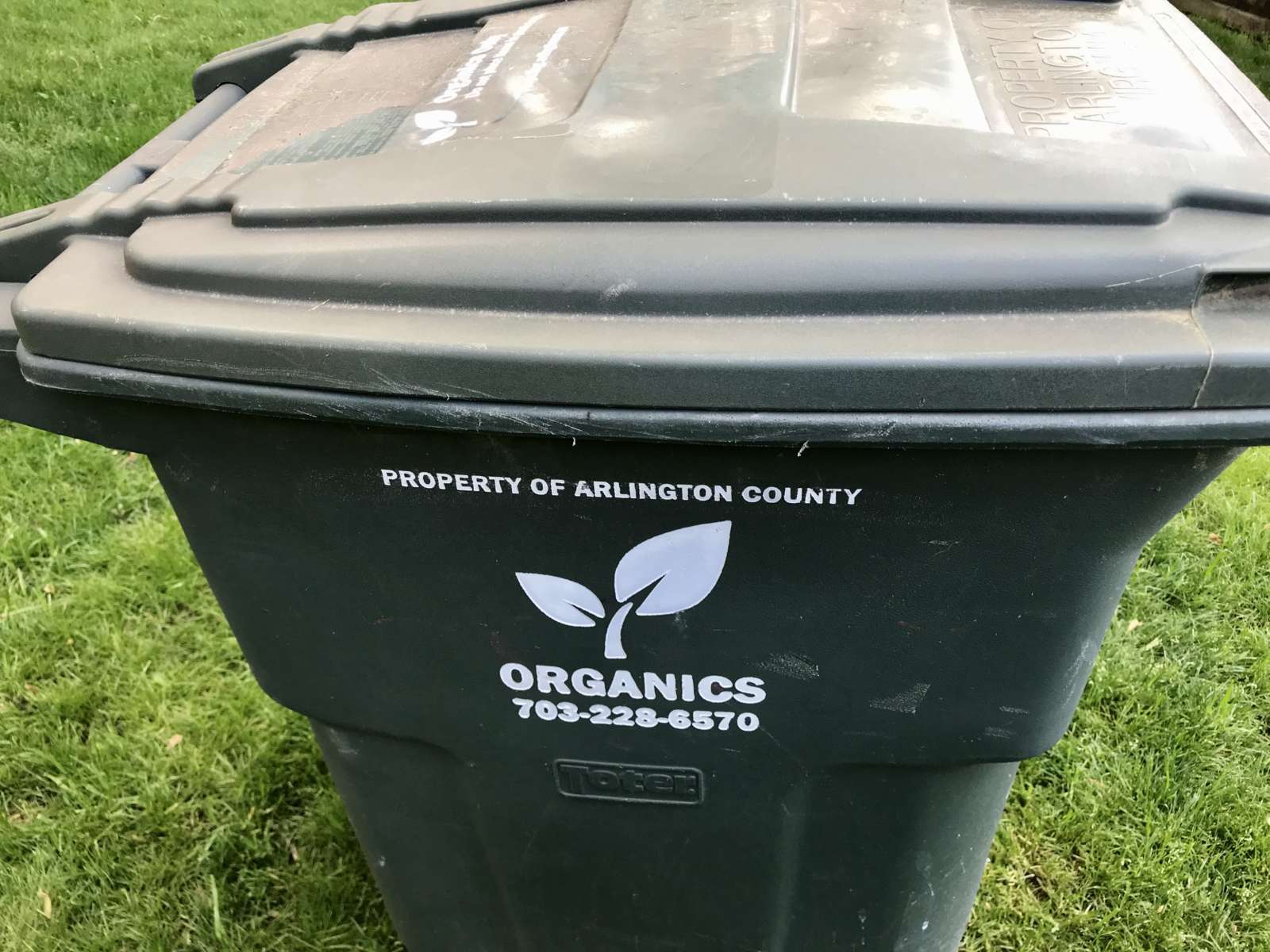