Dive Brief: Coca-Cola is introducing new bottles made from 100% recycled plastic material across its portfolio, the beverage giant said in a statement. Its new innovations will reduce the use of new plastic by more than 20% compared to 2018. Coca-Cola said the new packaging will be gradually rolled out […]

As consumers make decisions based not only on what’s inside a package, but on the actual packaging itself, food and beverage companies have been moving aggressively to give that packaging more attention.

Spirits maker Bacardi is moving to bottle all its brands in 100% biodegradable plastic packaging made with plant-based oils by 2023, and Rebbl is transitioning to 100% recycled and recyclable plastic bottles for all of its 12-ounce organic plant-based beverages. Diageo partnered to launch sustainable packaging company Pulpex Limited, and the spirits giant will be testing paper bottles. And Vita Coco is launching a water line packaged in aluminum cans.

Coca-Cola’s archrival PepsiCo pledged to reduce virgin plastic content across its beverage business by 35% by 2025. The company is working to make 100% of its packaging recyclable, compostable or biodegradable by 2025, which reportedly was about 90% complete as of last July. The company is partnering with Diageo’s Pulpex Limited initiative to develop and scale paper bottles for its beverages.

For Coca-Cola, recyclable plastic is a major step in helping the soda, tea, water and sports drink maker achieve its own sustainability goals. In 2018, Coca-Cola pledged to collect and recycle the equivalent of a bottle or can for every one it sells by 2030, make 100% of its packaging recyclable by 2025 and use 50% recycled material in the company’s bottles and cans by 2030.

As food and beverage companies switch to sustainable packaging, it’s more than just an altruistic move. A study released last September by Shorr Packaging found 47% of respondents said they relied on packaging to inform their purchase of brands they were previously unfamiliar with during the prior three months. At the same time, 58% were likely or very likely to purchase food products in packages that clearly stated they are recyclable or reusable.

A shift toward recycled plastic may be a way to maintain the presence of the material for beverage makers while playing a role in reducing the company’s impact on the environment. Bea Perez, Coca-Cola’s head of sustainability, told the BBC in early 2020 the company would not stop using plastic; consumers like it because they’re able to reseal their beverages and the packaging is lightweight. She also said getting rid of plastic altogether and using only aluminum and glass packaging could push up the company’s carbon footprint and hurt sales.

While plastic packaging is liked for its affordable cost and ability to keep products fresh, endure temperature changes, it is bad for the environment. While 396 million tons of plastics are produced annually worldwide, recycled PET accounts for only about 12% to 14% of plastic packaging, according to estimates. Along with turning to more recyclable plastic in their packaging, Coca-Cola and other companies need to get consumers to follow through on actually recycling their bottles rather than tossing them in the trash.

As the largest on-pack messaging effort ever taken on by Coca-Cola, the company said each 100% recyclable bottle will feature a “Recycle Me Again” message on the label to inspire people to take action so the packages can be remade into new ones.

Bespoke nutrition and fitness: More than a fad, essential for mental health

Tue Feb 9 , 2021
By Natalie Blando-George February 09, 2021 Customized diets and lifestyle changes could be key to optimizing mental health according to Binghamton University researcher Lina Begdache, PhD ’08, whose work was published in Nutrients in December 2020. “There is increasing evidence that diet plays a major role in improving mental health, […] 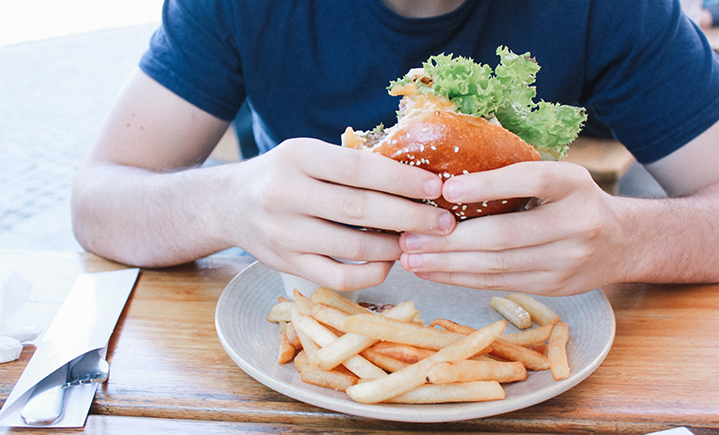