All the warnings and directives were issued by China’s State Administration for Market Regulation (SAMR), with particular emphasis on the safety of fermented foods due to a lethal mass food poisoning case in Heilongjiang province last year where nine members of a single family died after eating homemade suantangzi (fermented […]

All the warnings and directives were issued by China’s State Administration for Market Regulation (SAMR), with particular emphasis on the safety of fermented foods due to a lethal mass food poisoning case in Heilongjiang province last year where nine members of a single family died after eating homemade suantangzi (fermented corn noodles).

The cause of the mass food poisoning was determined to be high concentrations of the respiratory toxin bongkrekic acid in the noodles, produced by the bacteria Pseudomonas cocovenenans​.

“Recently, there have been cases of food poisoning in several local areas involving the consumption of suantangzi (noodles made from fermented corn flour), shimifen (rice noodles) and Jew’s ear fungus, which have even led to deaths,”​ said the SAMR in its warning on fermented foods.

“Investigations have revealed that the cause of these issues is due to the presence of bacteria such as Pseudomonas cocovenenans found in some of these fermented products, and with Chinese New Year and the Spring Festival approaching and more families gathering to celebrate, this warning is issued in hopes of preventing further food poisoning occurrences.”​

SAMR emphasised that bongkrekic acid is a key factor in causing food poisoning and death, and that fermented grain foods and spoiled tuber products are considered high-risk items for this to be present.

“The incubation period for the bacteria is short, usually between 30 minutes to 12 hours, and the toxin produced will act on several target organs such the liver, brain, kidney and others – major clinical symptoms include nausea, vomiting, diarrhea and weakness, and it is important to note that at present there are not specific drugs that can treat this,”​ said the agency.

“Homemade production or sales of such products is not advised [and] if food poisoning is suspected, induce purging as soon as possible to reduce toxin absorption and go to the hospital at once.”​

According to data from the Chinese Ministry of Public Security, over 1,400 cases of counterfeit products were detected locally from May to November 2020, exacerbated by the rise in online shopping last year making it easier for such fraud to occur.

Branded food and beverage products are particularly vulnerable, such as alcohol brand Penfolds from Australia which was revealed last year to have been the victim of an A$26mn (US$19.9mn) scheme operating nationwide in China for some three years.

“There are two main types of counterfeit foods that the public must watch out for – those that register trademarks similar to branded foods and produce foods with similar packaging and wording [e.g. changing ‘Big White Rabbit’ to ‘Little White Rabbit’ or ‘Six Walnuts’ to ‘Six Pure Walnuts’], and the other type is the direct imitation of branded products which are then privately sold,”​ said SAMH.

“The food safety and quality of such counterfeits cannot be guaranteed, [so] the public is advised to make purchases only through formal channels, pay close attention to the brand names and label information, and exercise common sense when it comes to nutrition and ingredients – [for example], if there is supposed to be dairy in the product but the nutrition list  says there is 0g of protein in it, don’t buy it.​

“Food processors, manufacturers and those in the food labelling and marketing sector also play an important role here to adhere to local regulations on brands, advertising and competition, as well as to tightly control the use of labels and signs.”​

In addition to online counterfeits, SAMH also highlighted that consumers in rural areas are particularly at risk when it comes to making such purchases.

“The issue of counterfeit foods is closely related to socio-economic development – in the early days [of China’s progress], these were widespread across the country, but with economic development these are now more common in rural areas with weaker food safety supervision,”​ said the agency.

“[As such], it is important to educate and warn consumers in these rural areas about the hazards of such counterfeit foods, to strengthen their awareness of food safety and quality [and prevent unfortunate incidents].”​

“Fruit and vegetable juices need to be refrigerated according to label instructions in order to prevent the growth and reproduction of microorganisms [whereas] beverages containing live lactobacillus probiotics in particular need to be stored and transported under cold chain conditions between 2​°C to 8°C so that the probiotics can remain viable,”​ it said.

Other notable directives included highlighting bubble tea as a potential ‘choking hazard’​, warning children under the age of three to only consumer this in the presence of parents or guardians, and elderly consumers to ‘be very careful when drinking’​.

Malaika Arora Is Craving For Some Crabs; And We Found The Recipe Too

Tue Feb 9 , 2021
Highlights Malaika Arora is a true foodie. Malaika Arora’s recent Insta-story features a yummy bowl of crab curry. We have found the recipe for you. If you are someone who looks up to Bollywood celebs for lifestyle goals, then Malaika Arora will surely be on your list. One of the […] 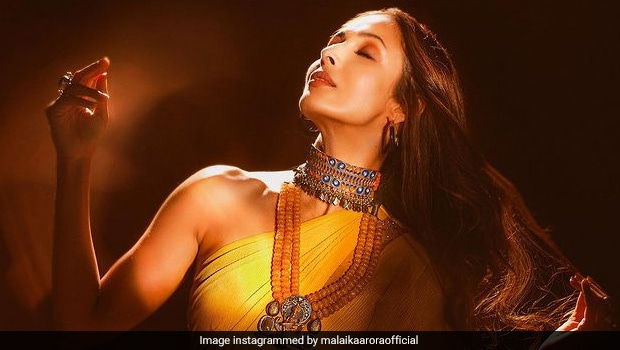