The community has a new outlet where they can receive healthy food and sound advice on how to prepare it at University Hospitals Portage Medical Center’s new Food for Life Market. Qualifying patients who are food insecure can come to the market and get a variety of fresh produce, canned goods, […]

The community has a new outlet where they can receive healthy food and sound advice on how to prepare it at University Hospitals Portage Medical Center’s new Food for Life Market.

Qualifying patients who are food insecure can come to the market and get a variety of fresh produce, canned goods, protein and dairy.

“As many of you know, coronavirus has hit everyone very hard,” University Hospitals Portage Medical Center President Bill Benoit said at a ribbon-cutting ceremony on Wednesday. “It is especially difficult for those who suffer from the many social determinants of health. Here in the county, we’ve struggled, as well.”

More:Allen Chapel AME in Ravenna reaching out to families in need of help

Benoit said 16.2% of the county is considered food insecure, a 30% increase from before the pandemic.

UH doctors have determined that repeated or prolonged food insecurity can “have negative health consequences,” he added.

According to Anne Leach, director of clinical and community nutrition for UH, people who have not had enough food in the last 12 months and not had the means to get more would qualify to use the hospital’s Food for Life Market.

“We asked for their assistance, and they helped us create the program we have have here today,” he said.

Leach said patients get referrals from general practitioners and can then come to the market, where a dietician helps them make healthy food choices.

“Patients are screened for food insecurity, get a referral and can come once a month for up to six months for a weeks worth of groceries for a family of up to four,” she explained.

If, at the end of six months, they’re still food insecure, they can get referred again by a physician.

The market is located just off the main lobby at UH Portage Medical Center in an area that had most recently been used for storage.

Now, three rooms have fresh produce, canned goods, and dairy and protein available for the patients. The food itself comes from the Akron Canton Regional Foodbank.

According to Leach and Lynann Colella, manager for nutrition services at UH Portage Medical Center, the emphasis at the Food for Life Market is education and healthy food choices.

“You have to actively work on changing habits, and education is a key point in that,” said Colella.

Leach said people often want to make healthy choices but may lack the means to buy fresh produce or meat or don’t know how to prepare those items.

Colella said many people who are food insecure tend to purchase much of their food at dollar stores, which offer processed foods and not much in the way of produce and other other healthy choices.

“Based on what I’ve seen, a lot of people were buying there,” she said. “It’s nice that we now have Aldi’s and some other places that have fresh produce.”

Leach said the dietitians on duty at the market will help provide good food for people with specific conditions like diabetes, high cholesterol and other conditions that require a specific diet.

They also will help encourage a general shift toward better eating habits even among those who do not have existing health medical conditions.

Leach and Colella said dietitians will provide a variety of materials, including recipes and preparation materials, so patients not only make good choices at the market but also can go home and prepare tasty dishes with unfamiliar ingredients.

“When you bring food here, it makes it easier for folks to learn about those resources that are available,” she said.

Because of COVID-19, the market is appointment only, but that may change at some point. It’s generally open about a half day on Wednesdays and a full day on Thursdays.

Reporter Bob Gaetjens can be reached at [email protected] or @bobgaetjens_rc.

Mon Feb 22 , 2021
Fried chicken. Photo: Radharc Images / Alamy Stock Photo A year into the pandemic, fast food workers in the UK are exhausted and continue to worry about their exposure to COVID-19. With restaurants and pubs closed for many months now, takeaways and food delivery platforms like Deliveroo, Uber Eats and […] 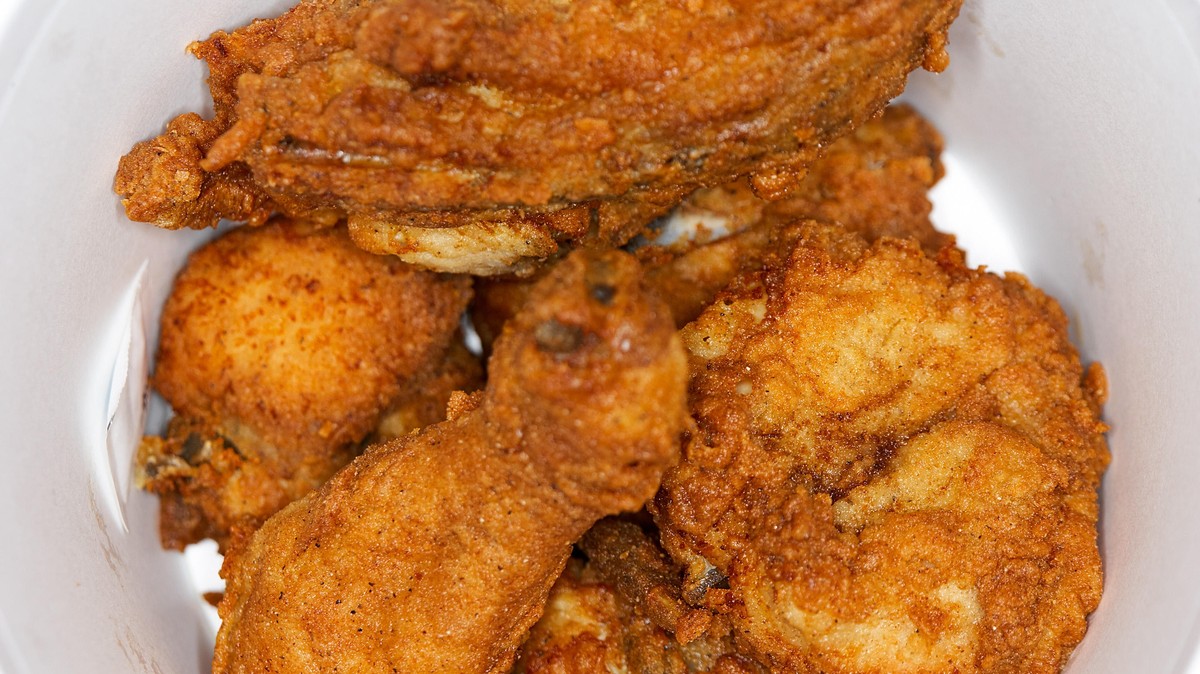