Every seed tells a story, and the story of how seed, people and place are connected begins a long time ago, around 10,000 BCE, when our planet began to warm after an ice age. Over the next 3,000-year warming cycle, people migrated north and south into new areas of the […]

Every seed tells a story, and the story of how seed, people and place are connected begins a long time ago, around 10,000 BCE, when our planet began to warm after an ice age.

Over the next 3,000-year warming cycle, people migrated north and south into new areas of the globe. Previously frozen seeds thawed, sprouted and grew. Hunters and gatherers added new plants and seeds to their diet.

At some point in our human journey, we became aware that the seeds of the plants we were eating could be collected and replanted. This turning point in our connection to seed stopped our foraging. We began to care for plants. We created villages. We created agriculture.

All of us have ancestors who were seed savers. Every plant we eat today was once wild and has been domesticated over thousands of years. Seed has been passed from generation to generation by astute growers — that is, until just recently.

Over the last hundred years, our long human cycle of saving and replanting seed changed radically. The year 1900 was the peak year of biodiversity worldwide. But around that time farmers and gardeners began relying on experts to create and save seed varieties. The keepers of the planet’s food biodiversity began to purchase seed instead of saving it themselves.

The unintended results have been extreme. Approximately 93% of the seed varieties that were grown in 1900 are now extinct or no longer available.

Yet seed, people and place remain inextricably connected. Even if we aren’t aware of it, seed remains the foundation of agriculture and our food system. And the message that both science and history have for us is that Hawaii’s agriculture — and Hawaii’s food security — depend on biodiverse seed varieties adapted to Hawaii’s unique subtropical climate.

The Story Of Seed In Hawaii

As we stare into the future, we see the compounding challenges of increasing our food security, confronting a changing climate and dealing with new pests and diseases — all as we seek to farm in more ecologically benign ways with fewer toxic pesticides and the more judicious use of fertilizers.

In the face of these challenges, our most powerful tool is plant selection and breeding aimed at harnessing plant genetic diversity. This fact is true the world over, but even more so here in Hawaii, with our great diversity of climatic conditions and soils.

Yet ironically, when we have the greatest need for plant breeding and selection, we have the least amount of investment, the fewest operating research stations and the fewest breeders and farmer-breeders that Hawaii has ever had.

This move away from breeding for specific local needs is happening across the United States, as the public sector has focused more and more on lab research and left the actual practical work of seed breeding to a global consolidated private industry, which has little interest in many of Hawaii’s specific agronomic and culinary concerns.

It wasn’t always this way. In the 20th century the University of Hawaii made enormous contributions to world agriculture. It’s a story that most people today — including policy and budget makers — are woefully ignorant of.

UH saw a golden era of plant breeders that lasted until the 1970s. The varieties and related breeding lines they developed provided food for generations in Hawaii and travelled the world, playing important roles in such disparate cropping systems as the tomato industries in Florida, Israel and Central America and the sweet corn industry in Thailand. Just this year, farmers in East Africa reported using corn seed developed decades ago in Hawaii to successfully battle the disease of maize lethal necrosis.

The story of human plant breeders in Hawaii begins with early Polynesians who brought “seeds” to the islands — vegetative propagated varieties of kalo, banana, coconut, sugarcane and other food plants. Mahi ai (farmers) created varieties of these crops that would grow well in different micro-climates.

Akakai, heirloom Hawaiian shallots, have been grown on Molokai for generations.

In 1907 the College of Agriculture and Mechanic Arts was created on Oahu, a forerunner of UH. An important arm of the college, the Hawaii Agriculture Experiment Station, had been created earlier, in 1901. The station was supported with federal funds and devoted principally to the development of new crops for Hawaii “as an antidote for overspecialization in sugar.”

In the 1920s the work was extended beyond academia when extension agents were hired on each of the major islands to share the university’s discoveries with farming and rural communities.

Legendary UH plant breeder James Brewbaker bred disease-resistant seed corn varieties for the University at their farm in Waimanalo for decades.  His seed was grown and known throughout the tropical and subtropical world.

In the early years, UH researchers focused on identifying new crops to create an economic base, as well as fostering Hawaii’s agriculture industries. Crop experiments included rubber, rice, coffee, cassava, taro, cotton, poultry and others. Germplasm was collected from around the world and tested in Hawaii’s climatic conditions, which are the most diverse in the world. Hawaii also has the most diverse soils in the world, with over 160 types.

Discovering the island locations that crops were best adapted to was important to giving crops the chance to show their true potential.  Fascinating stories of this work can be found in “Hawaii’s Crop Parade” and old, digitized editions of the Extension Bulletins.

Decades of breeding documented in “Crop Improvement in Hawai’i: Past, Present, and Future” resulted in varieties that are still offered today by the UH Seed Lab. This booklet was compiled by Jim Brewbaker — one of the last of Hawaii’s great plant breeders — and recalls a time when Hawaii was a global center of breeding for the tropics and sub-tropics.

But as breeders have retired, they have not been replaced, and their life work, funded by us, the taxpayers, has too often been thrown out or left to slowly die in poor storage conditions except when wisely deposited in USDA seed collections, shared with colleagues or picked up by seed savers.

Newly arrived diseases as well as disease mutations have rendered once-reliable varieties unable to overcome these diseases, so we are forced to seek out and identify new resistant varieties from across the globe.

A host of fungal diseases — varying by location across the state — plague vegetable crops especially under wet, humid conditions, so growing varieties with resistance to many diseases is the key to success.

Seed Is At The Root Of Everything

Among the many vegetable crops once refined through UH and distributed through its Seed Lab were lettuce, pole beans, soybeans, snow peas, tomatoes, peppers, eggplant and others. These seeds were bred to withstand the diseases and weather mood swings we face each season — swings that are predicted to become more severe.

Now that crop and seed research at UH has slowed, few new varieties are being offered to the public. We need to keep ahead of the curve and continue to create varieties better adapted to Hawaii conditions.

These days our islands are being served by the private seed breeding industries on the U.S. mainland and in Taiwan.  This fact means that we are not getting seed bred specifically for our growing conditions and we are relying on outside entities, leaving us in the precarious position of importing seeds from far away with dollars exiting our economy.

In this dated photo, the Koba green onion is seen at the UH Volcano Research Station being grown for seed.

Seed shortages during the pandemic have clearly revealed how perilous outsourcing seed can be, at the same time that Hawaii’s home producers are stepping up to create local food security for their families.

For these reasons, growers, researchers and breeders came together in 2010 to form the Hawaii Public Seed Initiative, out of which has grown the Hawaii Seed Growers Network. These are small and incipient efforts to help rebuild our local seed systems. These entities, along with the UH Seed Lab, ought to be much better known, better funded and recognized as crucial parts of building a more resilient food system in Hawaii.

We encourage readers to see seed for what it is: a crucial part of our human history, our food system and our economies.

At the individual level, we encourage you to help re-build a robust seed system here in Hawaii by saving seed, buying local seed, taking our seed survey, asking questions, voting and voicing your concerns. We also invite you to learn more about our work at the Hawaii Seed Growers Network.

Chickpea trials on Maui conducted by UH extension agent Amjad Ahmad are part of seed trials designed to test out what will grow where best in the islands.

At the institutional level, we challenge the University of Hawaii and the Legislature to step up and fund seed and plant breeding programs to ensure food security for Hawaii.  Without a local seed system, our future is much more precarious.

During the two world wars, UH and the USDA made improving Hawaii’s food security a top priority, and they invested money and human resources toward that goal. It’s time we recognize we are in a similarly precarious position with climate change.

By identifying exceptional varieties and crossing them to existing local selections, we can improve vegetable varieties adapted to Hawaii’s challenging conditions. We must continue to develop local seeds for local needs.

Sign up for our FREE morning newsletter and face each day more informed.

Your Morning Granola Just Got an Upgrade

Sun Mar 7 , 2021
I’d never object to eating a regular cookie for breakfast. But I’d always thought a breakfast cookie for dessert would make me sad. Packed with good-for-you ingredients like whole grains, nuts and seeds, a breakfast cookie is meant to be healthful and substantial, something to fill an empty belly rather […] 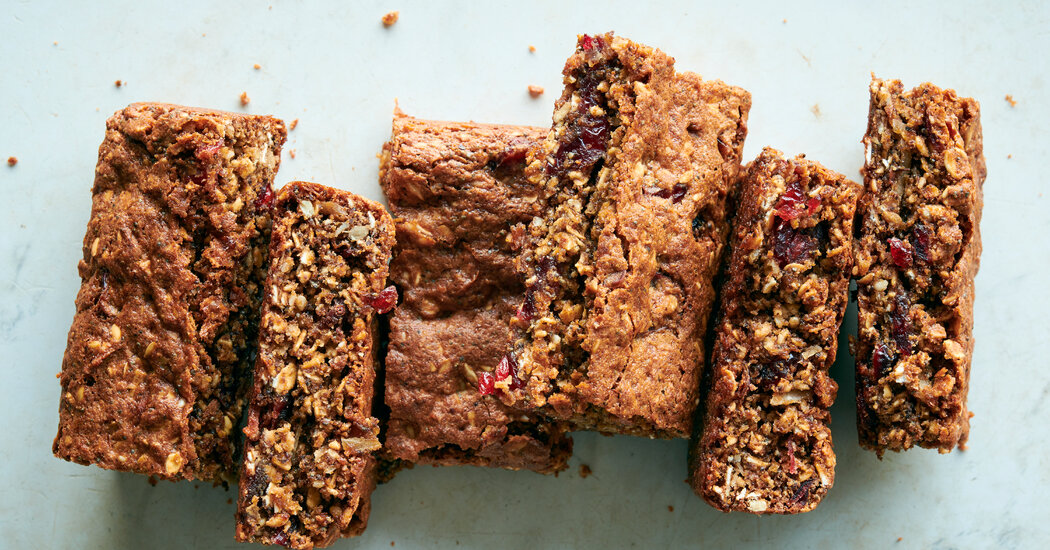