Stop me if you think you’ve heard this one before. Until maybe 10 years ago, I thought of food trucks as those silvery vehicles that pulled up to factories at lunch time to peddle stale sandwiches and lukewarm coffee. As if I needed to be more out of it. Then […]

Stop me if you think you’ve heard this one before.

Until maybe 10 years ago, I thought of food trucks as those silvery vehicles that pulled up to factories at lunch time to peddle stale sandwiches and lukewarm coffee.

As if I needed to be more out of it.

Then I started to see them parked at local events, delivering wares from Newport restaurants and statewide.

Now they’re all over town … even on Bellevue Avenue.

The truck sits a few hours a day, not far from stationary Mamma Leone’s. So now the City Council is riled up about this incursion. The members have spent upwards of 30 hours trying to unravel this mess.

As far as I can tell, it’s not ending soon.

Once you mention “the Avenue,” people get a little panicked. A few years back, the Preservation  Society successfully proposed a snack bar at the Breakers. Death Row appeals aren’t as drawn out as this was.

You’d have thought we were headed into Dante’s Inferno. Reach back a  bit deeper and you’ll recall a 1983 bid to open a McDonald’s on Bellevue. The proposal lasted maybe a week. Mayor McCheese’s career never recovered.

And here we are in yet another Newport food fight.

• The Rhode Island consensus on departed Gov. Gina Raimondo? “An elitist snob, a tax-and-spend limousine liberal. I’m glad she’s gone.” Or, “I can’t believe she’s leaving us in a pandemic. We need her leadership.”

More:OPINION/SPARE CHANGE: State’s plan for vaccines isn’t exactly a shot in the arm

• Years ago, Woody Allen was one of my favorite filmmakers. I go back to “Sleeper” and “Take the Money and Run,” up to “Annie Hall” and “Hannah and Her Sisters,” plus the underrated “Crimes and Misdemeanors.” I still love those and others.

Well, if you’ve long considered him a creepy pervert, the HBO doc “Allen v. Farrow” will bolster your argument.

• Roll this through your mind for a second … Eddie Murphy is 60.

• I wish the Church Community Housing Corp., which does great work, could build affordable housing in Portsmouth while keeping the senior center intact.

• Deep in the heart of Texas … people suffered through snow, ice and lack of electricity, food and water.

Now its Covidiot governor plans to remove any and all COVID restrictions … including masks and distancing.

This comes despite the fact the pandemic is still alive. This comes from people who think science is fake but pro wrestling is legit.

• Has QAnon destroyed Democracy yet? Wake me when those people are gone.

Jim Gillis is a Daily News columnist. Send him email at [email protected].

The 19 Best Fried Chicken Sandwiches In The Fast-Food Galaxy, Ranked 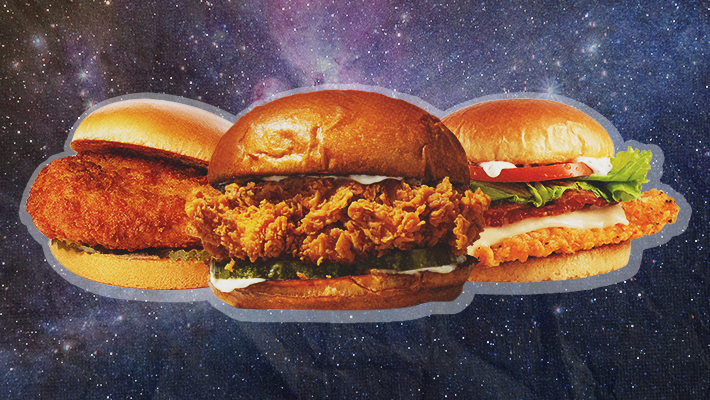