By Victoria Johnson, Chatham News + Record Staff This year, like every year, February was designated in Chatham as “We Love Seniors” Month — and though the Inter-Faith Food Shuttle didn’t know that, the organization managed to show some love to Chatham seniors anyway. In February, the Raleigh-based nonprofit launched a free […]

This year, like every year, February was designated in Chatham as “We Love Seniors” Month — and though the Inter-Faith Food Shuttle didn’t know that, the organization managed to show some love to Chatham seniors anyway.

In February, the Raleigh-based nonprofit launched a free program designed to feed and educate some of the county’s most vulnerable seniors, according to Piniel Tadesse, the organization’s community health education programs coordinator. Per its website, the Inter-Faith Food Shuttle seeks to “create a hunger-free and healthy community,” and serves seven counties across North Carolina, including Chatham.

This program — called the Food Access and Education for Rural Seniors Living with Type 2 Diabetes (FAERS) — targets low-income Hispanic and Black seniors over age 60 with Type 2 Diabetes in Chatham and Johnston counties. It began last month, Tadesse said, “but we will be enrolling participants until we reach our capacity.”

It’ll operate through October and has space for 100 seniors — ideally, Tadesse said, 50 from each county. So far, eight Chatham seniors have enrolled, and they’re still looking for 42 more to participate. According to a Food Shuttle press release, a $100,000 grant from Feeding America network donors, including Enterprise Rent-A-Car Foundation, funds the FAERS program.

Among other things, participants will receive bi-monthly supplemental food bags, including boxes of fresh produce and grocery bags with various non-perishable items. The most recent produce box, Tadesse said, included potatoes, carrots and apples, among other things, while their grocery bags have offered whole wheat tortillas, brown rice and green beans.

“We made sure that we have food items from every group to include,” she added. “In fact, all items are low sugar, low sodium and low fat, so it’s also healthy.”

“Our pilot right now is focused on seniors with Type Two Diabetes, and a big part of managing their diabetes is diet and exercise,” Tadesse said. “So in our booklet that we send out in the classes, we emphasize on eating healthy as well as staying active and exercising regularly.”

The program’s ultimate purpose, according to Tadesse, is to provide participating seniors with the tools to improve their health, dieting habits and food access.

FAERS resembles another program the Food Shuttle first began in Wake and later expanded to Johnston, where they’d send seniors monthly grocery bags. COVID-19, as always, forced them to end that program in Johnston — and that’s part of why they launched the FAERS program this year.

“It’s also because of COVID-19,” Tadesse said. “A lot of seniors have been affected by it, and the rate of food insecurity has increased because of that, so we wanted to come up with a creative way to address hunger-related issues in those counties.”

They chose to start in Chatham and Johnston counties because both have the highest concentration of minority seniors in their seven-county service area across central North Carolina. Minority seniors, Tadesse said, have an increased rate of food insecurity and COVID-related deaths.

“We wanted to focus our resources on groups that need it the most,” she said, adding, “We just thought it would be a good idea to start with those counties to see how the pilot program goes and then we definitely have plans to expand into other counties after the pilot program is over.”

The entire program, she added, has been designed to preempt as many barriers as possible. They hold drive-thru food distribution, and so ask that participants have reliable transportation. Yet, Tadesse said, even if some seniors don’t, the Food Shuttle has partnered with local organizations that can deliver door-to-door.

One such local organization is Piedmont Health Services (PHS), which provides care for seniors at their PACE center in Pittsboro. PHS’ Moncure and Siler City Community Health Centers  also provide medical care to people of all ages, including seniors.

Besides delivering door-to-door groceries to patients participating in FAERS, PHS has also been helping the Food Shuttle recruit. According to PHS’s Alisha Bailey, the decision to partner with the Food Shuttle was a “no-brainer.”

“PHS and (the Food Shuttle) have worked together over the course of the past few months to host several free food distribution events throughout Chatham County,” Bailey said in an emailed statement, “and is thrilled to continue their partnership with the latest of effort specifically targeting Chatham seniors with type 2 diabetes.”

Since many participants may not have internet access or digital know-how, FAERS conducts monthly classes over the phone, providing participants a phone number and meeting ID that enable them to attend the class “in a teleconference manner.”

Spanish-speaking interns translate all documents and materials, like shopping lists, into Spanish for those who don’t speak English. Classes, too, are held in both languages. To overcome any financial barriers, the program supplies participants with monthly $30 Food Lion gift cards and ensures that items on suggested shopping lists are under $30.

“Even though our program does not completely replace their food budget, we supplement it,” Tadesse said. “So that’s lifting that financial burden, with some seniors having to choose between paying their bills or paying for their medication over buying healthy food for themselves and their families.” 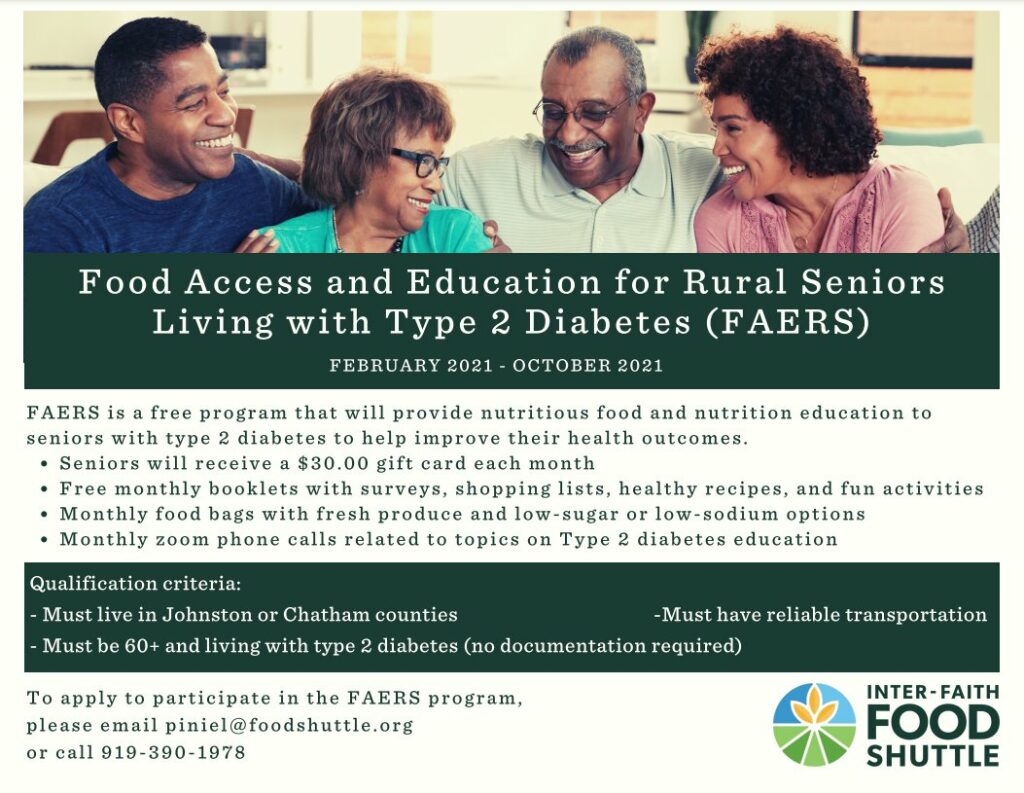 To sign up, interested seniors can email [email protected] or call 919-390-1978. If seniors register via email, they’ll receive a link to the application form. The Inter-Faith Food Shuttle has also been printing out application forms and mailing them with return envelopes to seniors who’ve signaled their interest.

The application form itself, Tadesse added, is “very simple and short.” Applicants only need to provide some basic personal information so that the Inter-Faith Food Shuttle can ensure they qualify for the program. No documentation necessary, Tadesse added.

Generally, she said Tuesdays and Thursdays would be the best times to call for those who only speak Spanish; otherwise, if Spanish speakers call, the Food Shuttle will have their Spanish-speaking interns call them back.

Chapelboro.com has partnered with the Chatham News + Record in order to bring more Chatham-focused stories to our audience.

Mon Mar 8 , 2021
San Antonio – A San Antonio teen is using her technology skills to help the younger community live healthier lives. Isabella Jimenez, 16, is a Johnson High School senior. She created the app, “My Fun Food.” “The whole goal was to promote a healthy lifestyle in San Antonio,” said Jimenez. […] 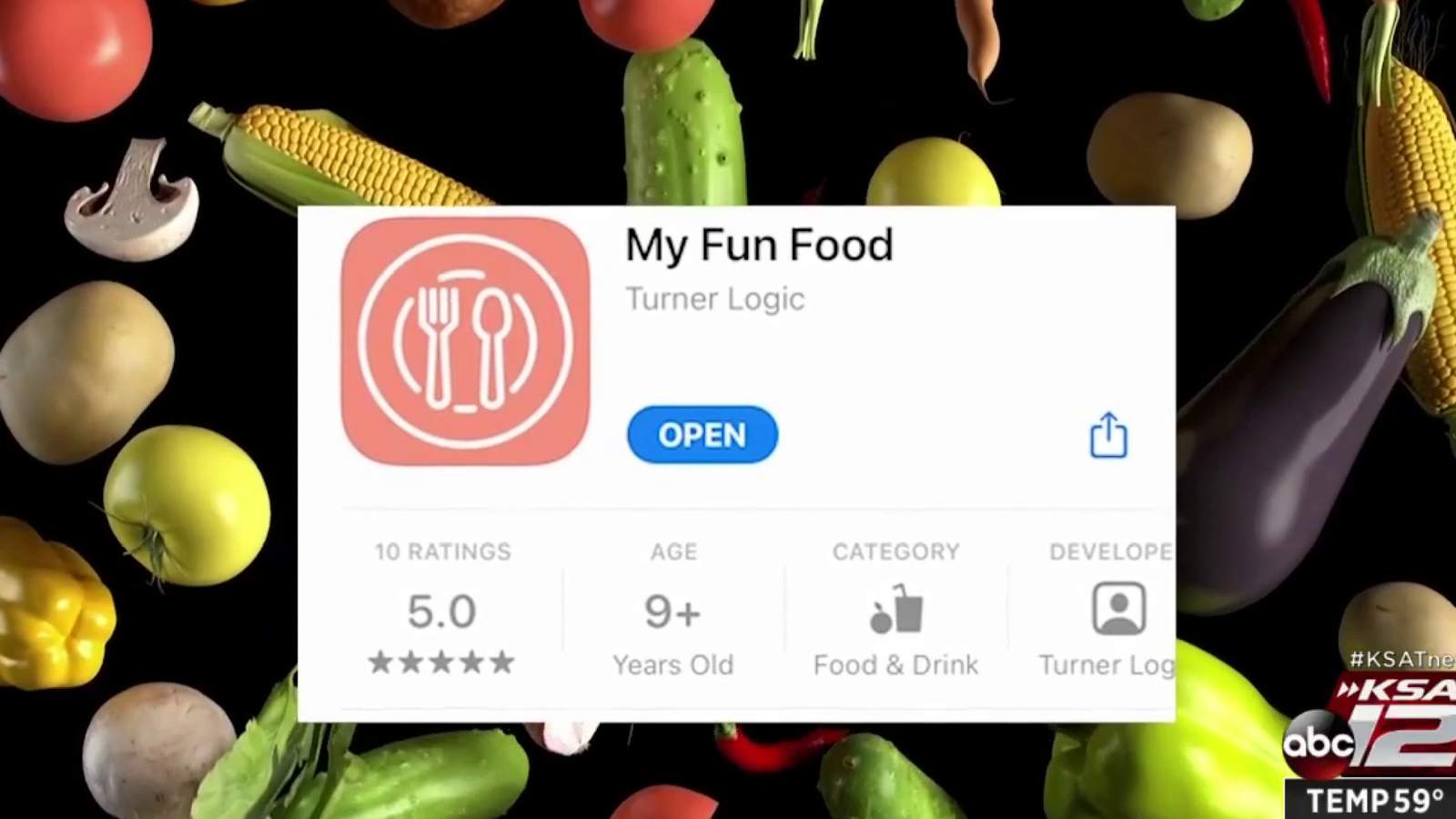