Fast food restaurants are once again prohibited in the Third Street Promenade, but Santa Monica’s Planning Commission still hopes for renewed discussion on the ordinance some time in 2021. Santa Monica City Council retroactively reestablished an Interim Zoning Ordinance last Tuesday that was previously passed in Nov. 2018 to prevent […]

Fast food restaurants are once again prohibited in the Third Street Promenade, but Santa Monica’s Planning Commission still hopes for renewed discussion on the ordinance some time in 2021.

Santa Monica City Council retroactively reestablished an Interim Zoning Ordinance last Tuesday that was previously passed in Nov. 2018 to prevent the proliferation of fast food restaurants on the Promenade.

The ordinance defines a fast-food restaurant as a place where orders are taken at a walk-up window, counter or machine; payment is completed prior to food consumption; and food is served with disposable, one-time, or limited-use wrapping, containers, or utensils; and also banned restaurants and cafes that have more than 150 domestic locations.

The previous IZO, which expired on Nov. 26, 2020, with no further extensions possible, prevented chains with 100 locations from settling on the popular shopping area but council thought it was best to increase the limitations to 150 during the first reading of the ordinance.

During the December meeting, Downtown Santa Monica Inc., officials shared fears that the spaces vacated by restaurants during the pandemic would be filled by chains like Taco Bell and Burger King, which could threaten the character of the area.

Large scale corporations are certainly suited to be tenants who can sign 5- to 10-year leases and withstand the effects of the pandemic. However, there is a belief that the proposed amendments help promote a unique and diverse Promenade experience that is only made possible through locally-based, independent restaurants, DTSM Inc. CEO Kathleen Rawson said to council back in December.

Rawson added it’s likely that property owners on the Promenade would sign a long-term lease with a national chain but she cautioned permitting even a few fast food restaurants would significantly alter the tone and character of the popular Promenade.

A few weeks earlier, when the Planning Commission first discussed the ordinance, Commissioner Leslie Lambert disagreed with the then-proposed ordinance.

Councilmember Phil Brock stated similar opinions when he spoke on behalf of the local family of four who might not be able to afford a Michelin-starred restaurant.

Others who took the virtual dais during the December Council meeting pushed for a plan to make the Promenade accessible to small entrepreneurs, women, people of color, African-Americans and others who need access to places like the Promenade in order to grow.

Planning Commissioner Shawn Landres also drew the council’s attention to the fact that his fellow commissioners only approved the ordinance back in October with an assumption that it would return to them to be discussed sometime this summer.

Council agreed, and commissioners are set to take up discussion on the matter after the completion of a Third Street Promenade Stabilization & Economic Vitality Plan, which will assess the Promenade’s advantages and challenges in competing for modern retail, restaurant and entertainment uses.

Mon Feb 1 , 2021
An entirely vegan food bank opened in January, offering vegetables, fruits, pastas, rice, beans, and more for those in need. LasVegan Food Bank distributes about 40 boxes of food every Saturday from 1 to 2 p.m. at RIR Animal Sanctuary at 6625 S. Valley View Boulevard. Those who want to […] 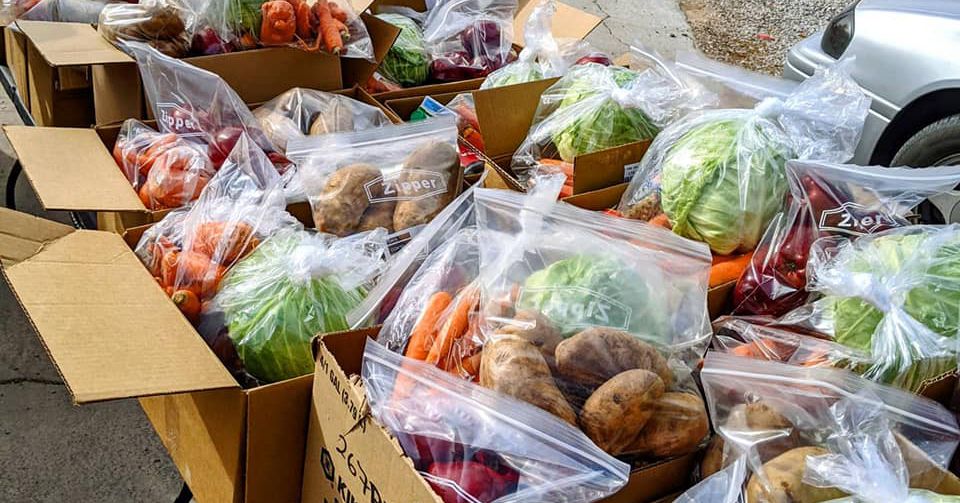