The list of essential workers who can get vaccinated at the drive-thru TCF Center garage site in downtown Detroit now includes restaurant workers, grocery store workers, janitors and security guards. Employees in those categories who either live or work in Detroit are eligible. They can call (313) 230-0505 to schedule […]

The list of essential workers who can get vaccinated at the drive-thru TCF Center garage site in downtown Detroit now includes restaurant workers, grocery store workers, janitors and security guards.

Employees in those categories who either live or work in Detroit are eligible. They can call (313) 230-0505 to schedule an appointment.

Detroit is expanding the number of people it can take at its mass vaccination center after receiving a vaccine supply boost this week, up from 5,100 the previous week to 15,000 doses. The city started out giving the public Pfizer vaccines but is now receiving Moderna.

The next group up in Detroit will be those in the manufacturing industry, Mayor Mike Duggan said during a press conference Tuesday. But the city doesn’t have the capacity to do that yet, he said. He expects appointments to open up to them in the next week or two. He also expects to open more vaccine locations in the next couple weeks.

Detroit in the beginning of its vaccination campaign allowed fewer groups of people to get shots than the state overall was allowing. It started with age 75 and up, while Gov. Gretchen Whitmer was allowing 65 and up. But the city has vastly widened eligibility since then as more vaccinated individuals roll out of the drive-thru center to include frontline workers that are in the state’s “Phase 1C,” which hasn’t been prioritized by the state yet and includes food and grocery store workers and postal workers.

Here’s a full list of who can get vaccinated in Detroit:

The city has vaccinated a lower percentage of residents than the state as a whole: 3 percent versus 10 percent as of Tuesday. Duggan attributes that difference to a lack of internet connectivity and primary care physicians among Detroiters, saying hospitals tend to schedule appointments with patients through online portals.

“We have to start to close the gap, and, you know, we study these things all the time. … Oakland and Macomb county hospital distribution is just astonishing. And it’s good. I think it’s a very good thing that they’re doing it,” Duggan said Tuesday. “We’re talking to (hospital systems Detroit Medical Center and Henry Ford Health System), but it’s not necessarily their fault. Our patients are not online on personal health records the same way, and that means we’re going to have to do twice as much to get to the same point. And at the TCF Center right now we are doing twice as much.”

Duggan said last week he had lobbied the state of Michigan to run more Detroit vaccination efforts through the city health department for that reason, and had been “backed” on that by DMC and Henry Ford Health.

Wed Feb 3 , 2021
SAINT-LAURENT, QUEBEC – Officials with Expresco Foods recently added to its line of kebab-style, fully cooked grilled chicken products with a variety of frozen chicken breast skewers. The company recently launched the products at retail outlets and marketed them as a convenient, high quality chicken breast meat in a ready-to-heat […] 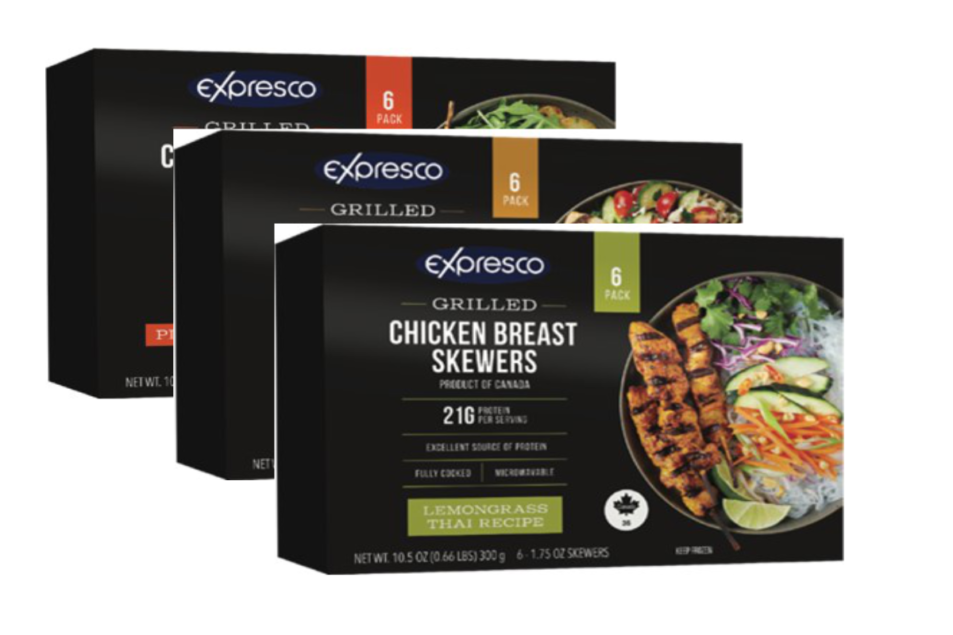